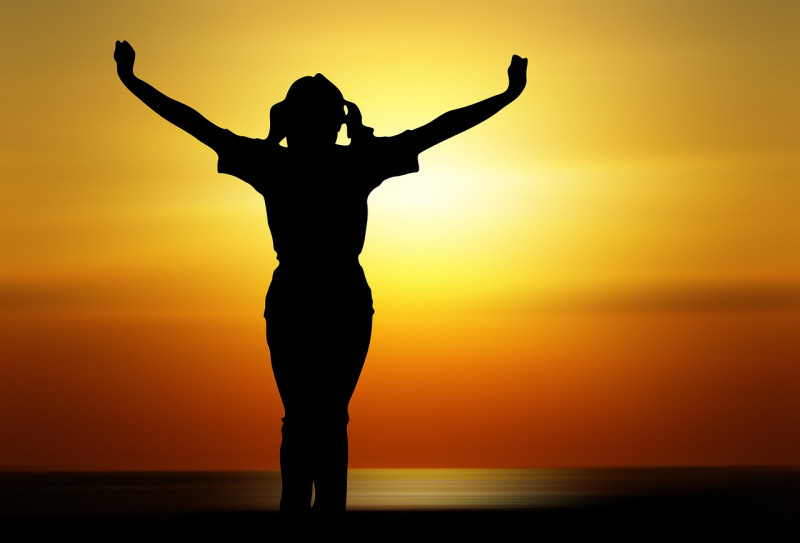 We were planning on going to the river, but instead of taking the regular road, Lali told me to take this ‘roof’ road.

I was almost on  the edge of the roof, preparing to make the 3 feet jump, but when I looked at the ground, some 12 feet below me, I felt dizzy. Lali was desperately calling for me to jump quickly . We were supposed to jump across at least 10 such roofs before we would reach the river.

Her face was flushed with excitement, her curly hair flitting above her head.
She was almost yelling, “Minu, don’t look at the ground. Just jump! We have to hurry.”

But I couldn’t.
I said, “Lali I can’t. Please! You take the roof road. I’ll come by the normal road.”
I started going towards the stairs.

“No, no! Stop. I will also come with you,” she said.
I heard a thud behind me. I thought she might have jumped back, but I heard a loud cry, “Ooo, no!”

Lali was not on the roof! I could see her fingers clutching the edge of the roof. She was clutching onto it for dear life. I was frightened. I started calling for help. My mother, Kinni’s mother and other people in the neighborhood came out. They rushed towards her telling her to not panic. But before they reached her, she jumped on the ground and shouted with excitement “Hurray! I could jump from the tall roof!” Everybody was taken aback.

My mother said, “Lali, are you alright?”

Everybody started giving her advice, telling her not to do such dangerous things.

Kinni’s mother started telling my mother, “It is not the first time this girl has done such adventurous things. It’s difficult to control such girls.”

By this time somebody had called Lali’s mother. When she came, I could see a look of shock and embarrassment on her face. She started scolding Lali. But Lali ran towards the backyard of our house.

The women started telling her mother how dangerous it was, how Lali should be controlled, and how difficult it would be for a free-spirited girl like her. Lali’s mother started wiping her tears. She said, “This girl is nothing but a burden for me. Every day she does something or the other. Everybody complains about her. One day I beat her with a stick, but she ran out and came back late at night.”

She asked me to call Lali so that she could take her home. I thought Lali would start crying after hearing all the things they had said about her. When I went to call her, she and my little sister Sonu were crawling in the grass. Lali was teaching Sonu how to catch an ant with help of a leaf!

Lali had three younger sisters. The last one was 4 years old. Lali’s parents desperately needed a son. Lali told me once that in the last pregnancy something happened to her mother, so the doctors told her it was dangerous for her to bear a child. Lali’s youngest sister, Surekha was a cute little girl, but many times her parents would call her ‘Suresh’ with love, as if she was a boy.

Kinni and I admired the fearless nature of Lali. We always wanted to be like her. Many a times we used to go to her place. Her house was a small rented room. At that time I never wondered how her parents and the four sisters lived in that tiny place.

Sometimes, when her mother was out for some work, we used to cook something on the stove, lighting it with a matchbox, deciding our own recipes, messing things up which our mothers wouldn’t have allowed us. We never realized how troubled her mother would have been after coming back home.

That summer vacation we went on a trip. After coming back I got busy with school-work. For the first few days, I didn’t see Lali. But that was a common thing; she was never a regular at school. But after a few days, mother told me that Lali would not come to school as her parents were marrying her off to a man, who was 14 years older than her.

I couldn’t believe it. I said, “But mother, she is only one year older than me.”

She said, “True. I feel very sad for her. She is just 12. Poor child. But her mother told me that she would be happy there as her husband earns a handsome income and also owns a small piece of land. She will get good food and clothing there. She said they would have to raise three more girls, so they wanted to marry her off the earliest.”

I still remember feeling weird and being in denial of what had happened. Lali was in some other town with her relatives. Her mother told me that she would come to meet me when she would visit with her husband in Diwali.

Eventually we forgot all this as we got engrossed in our studies and sports. One day prior to the Diwali vacations, we were coming back home from school. We decided to race home. I reached home hardly a second earlier than Kinni. We were short of breath, but we started laughing. I stopped at the door and I saw a woman sitting with my mother in the kitchen.

“Minu,” the woman called me. I knew her face but I couldn’t quite place her. May be she is a distant relative?
She was wearing a green sari and a mangalsutra. She’d tied her hair in a knot and had flowers in it. Her forehead was showing a big red bindi. She smiled at me.

Oh! Is this Lali?

Lali came to me and said, “I am in a hurry. I was waiting for you. And where is Kinni?”
She was speaking in soft low tone. She was looking like a woman, not a girl.
“Lali?”
She said, “I can’t wait here for too long. My husband and his parents have come.”
She started leaving.
At the entrance she looked back, “Minu, I miss you and Kinni so much,”  she said.
A tear trickled down her cheek. She left in a hurry and disappeared around the corner. I ran towards her and watched her tiny figure scurrying away into the distance.

I couldn’t quite fathom that I’d just met Lali.
She was not my Lali.