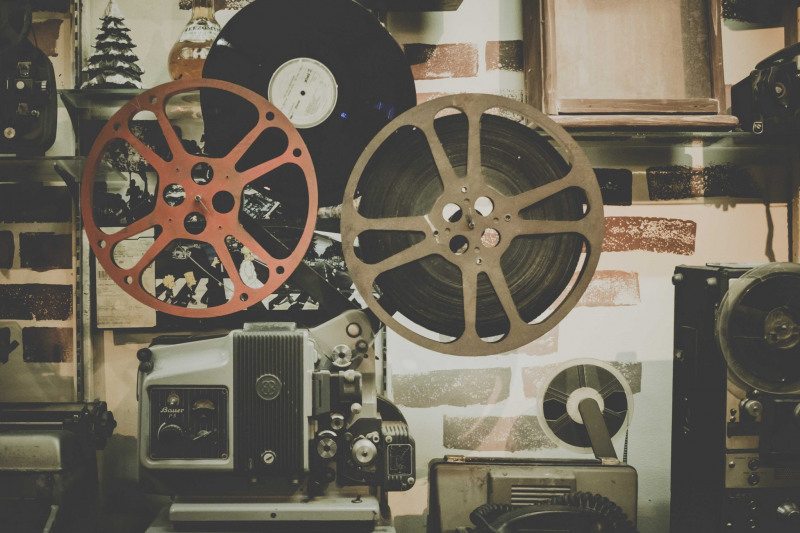 Kinni was narrating the story of a movie she had recently watched, “And you know Minu, when they saw each other, they immediately knew that they were brothers … even though they met each other after 20 years!”
“But Kinni,” I said, “the younger brother was just a year old when they parted. How come they recognized each other after 20 years?”
“That is the magic of blood relations! Blood identifies blood immediately!” This was Sangita, Kinni’s elder sister.
“Hmm,” I tried to understand. This was new knowledge for me.

Kinni, her sister, and her mother were very fond of movies. They used to watch almost every new movie that came out. Sometimes I felt envious because my parents were not fond of movies and so there wasn’t much discussion about it at home.
Of course they allowed me to watch movies if I wanted to, but then it wasn’t that frequent an affair. That’s why, after watching every movie, Kinni used to tell me its story so that I could have some satisfaction.

The stories of movies were always fascinating to me:
A hero fighting with more than ten people and winning against them; a poor daughter-in-law and her “villain” mother-in-law harassing her; a husband with two wives, both devoted to him and living happily with each other like sisters (or perhaps fighting), and of course two brothers or sisters who had parted in their childhood and were meeting each other after many years.

Sangita and Kinni’s mother were expert commentators. As I listened to them day by day, my knowledge of movies – and so to say, ‘life’ was getting enriched.
Kinni’s mother used to say, “My Sangita will marry Rajesh Khanna” (the then superstar of movies).

I never believed that and I would laugh about it in my head, but I was always mesmerized by how they talked about all the movie stars as if they were their neighborhood friends!

One day my mother allowed me to go to a movie with Kinni and her family. The story of the movie went something like this – A husband was working in the office and his wife took care of the . They used to fight with each other, saying that their own work was more important and the other person was just doing ‘time pass’. They decided to exchange their duties for a month to prove their point.

The wife got horrible experiences in the office and realized that all outside jobs were for men; women must stick to their homes. So they realized their mistakes and happily lived ever after…

It was a comedy, and we laughed like crazy. While coming back, everybody was discussing it.
Sangita said, “How can a husband challenge a wife about household chores? He was stupid. No man can manage a home like a woman.”
Kinni’s mother said, “That’s true. That is why he failed in all those tasks.”
“And,” she continued, “nowadays women do go to offices, but their real place is at home.”
“But,” I said, “the wife in the movie is educated like her husband. What is the use of her education?”
“Why not? She is capable of teaching her children. That is sufficient. Why have more ambition? That is not good for a woman,” she replied.
So we went on like that on the way back home.

The next day when I woke up, I saw my father was preparing the breakfast. Mother was busy writing something in her room. I felt ashamed for some reason.
I went to him and said, “Henceforth you should not cook anything. Men do not cook.”
He looked at me and smiled.
“Minu, is it yesterday’s movie or is this some new knowledge from Kinni and company?”
I hesitated, but said, “Both”.
He put his arm around my shoulder and asked, “Do you like my breakfast?”
“Yes.”
“Then that is more important. Why bother about anything else? And after all – a movie is a movie. Have you seen one person fighting off 10 villains at once? No. Don’t take movies that seriously.”

I felt like a burden was lifted off my chest. I happily started eating the breakfast my father had prepared.