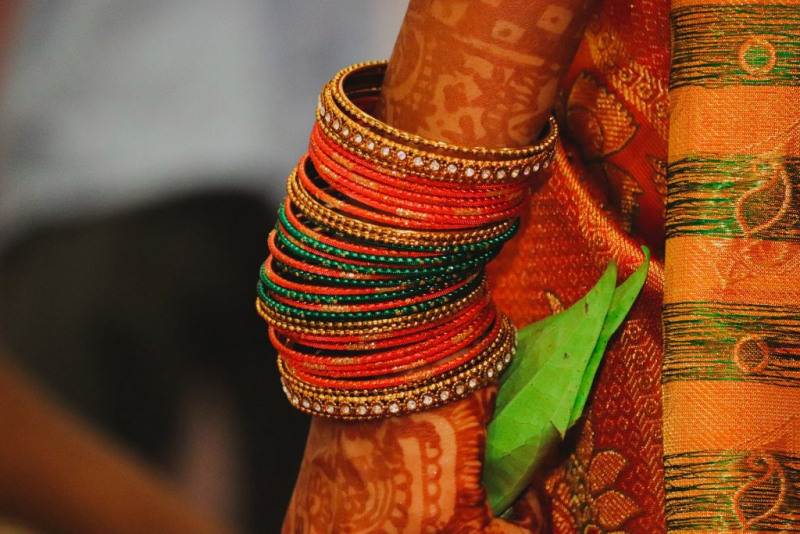 For the first time in my life, my mother left me on my own at my aunt’s place during the Diwali vacations. Veena aunty’s place was huge, with many people; Veena aunty and Raghav uncle,  Savi, Deepak, their grandparents, her uncle and aunt, and her two cousins – Amol dada, his wife Ruta and Amar dada. The place was continuously hustling and bustling. It was fun!

Everybody talked to me nicely and offered me sweets or chocolates to make me feel at home, but the one and only one attraction this time for me was Ruta vaini (sister-in-law)! She’d moved into this house three months ago, after her wedding.  I admired her from the time I’d seen her at the wedding. She looked pretty, smart, and very confident to me. I found out that she had completed her masters and was working in some big company, and was also thinking of getting her Ph.D. Everything about her was very mesmerizing to me and I was hoping this vacation would give me an opportunity to spend some time with her.

I met her in the evening when she came back from work. Veena aunty was preparing tea and snacks and Ruta vaini was helping her. I went inside. Ruta vaini smiled at me and asked me how I was doing. Both of them were in a hurry, preparing the dishes to take outside.

Soon after the family had tea, everybody got busy with their own things. I observed that Ruta vaini was still in the kitchen with Veena aunty. I went inside and asked aunty if I could peel off the boiled potatoes. Aunty smiled at vaini and me and said, “Our Minu actually likes to read and play, but I don’t know how she entered the kitchen today! I think it is because of you Ruta.”

I got a little embarrassed but I said it was true. Ruta vaini asked me many things about my school and hobbies.
After some time, Veena aunty said, “Ruta you’ve helped me a lot. Now I will manage. Please go now and finish your presentation. You have a meeting early tomorrow. You won’t get time to do anything later.”

Ruta vaini said, “No aunty. I will manage it. We will finish cooking first and then I will go.”
But aunty insisted on sending her off to her room. I was disappointed.
I said, “Aunty why did you do that? I wanted to talk to her.”
Aunty said, “Minu, you know, Ruta is a very brilliant girl. She has to manage many difficult things in her office. Now she is tired, and tomorrow at 9 she has a very important presentation. She needs some time for herself. Isn’t that important too? You can talk to her tomorrow evening.”
“Why is Lata aunty not helping you? Both of you used to do it together before,” I asked.
“Hmm, now she has a daughter-in-law,” she murmured in a low voice.

After a while, all of us were sitting together for dinner except Veena aunty and Ruta vaini, who were busy serving us. Ruta vaini was asking everybody if they needed something. Once or twice she asked her husband, “Amol will you have some more curry?” or “Would you like to have rice Amol?”

And I realized that every time she addressed her husband by his name, Dada, Mai, Bal uncle, and Lata aunty looked at each other as if they were displeased. I didn’t like that.

I asked Savi about it after dinner. Savi said, “Vaini calls Amol dada by his name. Nobody appreciates that. Have you seen our mothers calling our fathers by their names?”

I had no answer to that. It was true that I had never seen a wife call her husband like a friend. But that’s why I found it very fascinating and somehow very proper; maybe because Ruta vaini did it!

I felt like defending her and I said, “But she is educated like Amol dada, she also works in a company like him. They talk to each other like friends. What is wrong if she calls him by his name?”
Savi said, “My grandpa and grandma say she should not call him by his name like he is her schoolmate! A wife should always be respectful to her husband.”
“And what do Veena aunty and Raghav uncle say?”
“They say Amol dada and Ruta vaini are of the new generation, so they have their own ways.”

Veena aunty was listening to us. She said, “Minu, the old generation also has its ideas. Ruta has to work till the evening so she can’t be home the entire day. Everyone expects that at least when she comes home she should prepare food and do some household chores.”
“Then why don’t they expect Amol dada to do the same?”
Aunty smiled and put her hand on my head. “Don’t discuss such things in this house. It won’t go down well!”
“Why?”
Savi said, “You know, mother had also done her post-graduation and was a teacher in a school before her marriage. But then she was not allowed to continue.”
“What? I didn’t know this! But aunty, who are they to ask you what to do and what not to do?” I raised my voice.
“Shh… enough discussion about this. Both of you go and play.”

Next evening I saw that Amol dada, Amar dada, both of my uncles and Deepak were listening to the commentary of a cricket match on the radio, munching something, and loudly discussing it. Ruta vaini had been working in the kitchen after coming back from work. Savi and I went there to talk to her, but she was busy helping the elders. When she started preparing chapati, she wasn’t able to make it properly. She gave up and started laughing.


Mai said, “What is the use of all this education if a girl can’t make a simple chapati?”
I felt that vaini would be discouraged by such a comment.
But she was still laughing. She said, “I was just making a map of the world that I learned in the school Mai.”
Mai, Lata aunty, and Veena aunty also laughed.
“My daughter-in-laws never dared answer back like that,” Mai said.

I was worried again but Mai had a smile on her face. She said, “But you girls of the new generation are very smart.”
Ruta vaini said, “Mai, I think Savi’s and Minu’s generation will be smarter than us. There will be a revolution. Even the boys will start cooking and help their wives without feeling ashamed about it.”
“Oh, that will be like paradise,” Veena aunty said.
“That is far-fetched. I don’t believe it,” Lata aunty replied.
Savi and I were both incredulous.
We asked Ruta vaini, “Really vaini?”

But Mai immediately interrupted, “Girls go away. Ruta, don’t talk such nonsense! We don’t do such ‘sanskars’ on girls here. Girls don’t listen to her.”

Ruta vaini started laughing and got busy trying to make her round chapatis.