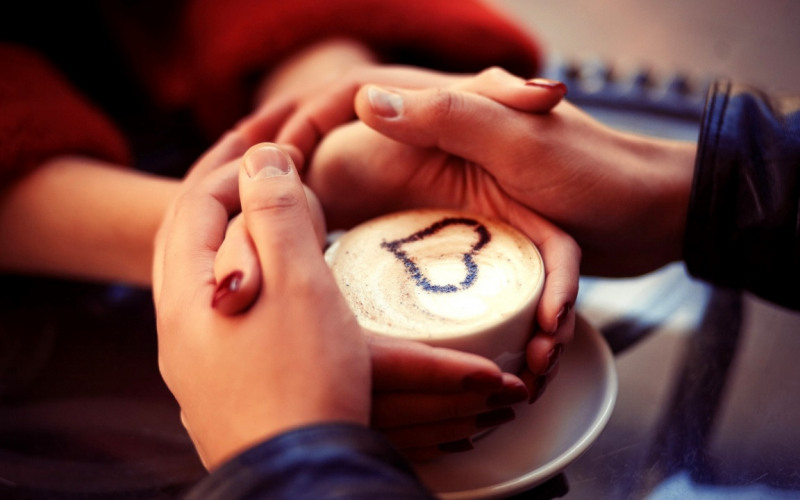 Lying disheveled on the bed,  I wondered if I should reach for my phone or the book beneath my pillow that kept peeping out every now and then. I chose my phone over the book.

I kept gazing through some Facebook and Instagram feeds, for I wanted to get some insights into the outside world and peep into the whereabouts of my old forgotten friends.

The feeds section was flooded with pictures of pre and post wedding stuff people put up, captioned with hashtags like  #couplegoals, etc. Some of them were simply meant to fetch attention, while some touched real hearts to the extent that they made you  believe in love; that real love exists.

Enchanted by those rosy images of love and couples, I didn’t realize when I drifted off into the world of unconsciousness.  I was awoken suddenly by the ring of the bell at the door. I opened the door, and there stood my husband at the door returning from work. We were two strangers putting up under a roof. We had been married for a year, 12 months and eight days to be exact. He smiled at me, I managed to reciprocate, however mine wasn’t as warm as his. As he comforted himself, I came up with two cups of coffee; strong and dark. He always picked coffee over tea, for he knew how intense my love for coffee was. We were together but I don’t know why we never shared those warm glances and why our talks never continued for long. Maybe I never tried. Maybe we just existed. Simply existed.

It was always like this. We were two good people in a good house and I wonder why we hadn’t made a good home by now.

Ours was an arranged marriage. We met once out of our family’s consent and I knew I had to marry him seeing the urge in my parents eyes. He was a nice man, a family person, everything you would need in a husband.

But I wasn’t so excited, I never wanted to marry so early, at the age of 22. An age of dreams, desires and explorations. But yet, I did. Since the day we got married, I lagged behind. I knew he liked me; rather loved me, for he accepted me with his full heart and soul. And here I was standing with a curtains of illusions all over my vision, merely existing with him. But don’t get me wrong. I always was a good wife. I managed his food, work, family, home, everything. And he seemed proud of it. I wanted to give a lot more. But probably that was all I could really give and he never asked for more.

Time flew with leaps and bounds, and it was suddenly Christmas season.  The chilly winter, the misty streets, the snow on the trees and bushes, and the festive vibes all around. A huge new year’s eve party awaited us downstairs. We groomed ourselves and rushed down the stairs to meet everyone. I was clad in a black dress he had secretly bought for me and when he saw me in it, it was as if his eyes spoke to me.He seemed mesmerized. I know he loved my bronze lip colour. He never said it to me, but the sparkle in his eyes would hug the coldness in my mind whenever he saw me in them. His eyes spoke heartfelt words, which his lips never did.

Then, the winter turned chilly, and with every extra hour of the night, our love began turning colder than it was outside.

Huge crowds announced their presence by the pool with champagnes and cakes, with shouts and hurrahs to welcome the new year.

Suddenly, my husband didn’t seem to be around. I was lost. I was shattered. This never happened ever. This was something new. And to my surprise, he nudged me from behind. I could sense that he was a bit high; his feet couldn’t grip the floor tight and his lips were trembling. He wanted to say something. I knew he didn’t want to stay there anymore. I held him tightly by the arms and pulled him through the crowd. The gaze of many eyes on me gave me the feeling of being a perfect wife. I knew I was one. I know I needed to be even better.

We got home soon and he kept smiling silently at me. That smile was so raw, so pure, so heavenly; as if he found his all in me that day. Like a ray of hope that makes its way from the slit of ventilator in a dark room. It was like that. The magic wand had done its job.


Next morning to my surprise, I couldn’t wake up. The chilly winter was the culprit. I succumbed to illness, my heart was heavy, my head ached and my body was running a high temperature. My vague, dull eyes tried to see something through my drooping eyelids. I saw  two drowsy, sleepy eyes looking back at me. He had been sitting there all night with me, with a bowl of warm water. The cloth still felt warm on my forehead, and the warmth seemed to thaw my heart My eyes turned down again. I don’t know how I managed to live another day. There must have been something that kept me alive and the purpose was lucid clear. It must have been him.

That morning my eyes didn’t ache and they opened wide, wide apart to see the life beyond the illusion. He stood there with a cup of coffee in his hands. His eyes kept asking “Do you wish to be my forever?” And my eyes said nothing back to him, but a smile and a drop of tears that  fell on his hands. For forever.

I knew this was the bond my mom had always talked about. That marriages are made in heaven and lived together on earth. Yes she was right. Like they say, if you meet someone and your heart stops beating and your breathing is heavy, then he’s not the one. He’s the one if he calms you. And he was my calm that I got after years. We met for a reason and we met this time for seasons.

He handed me the coffee with a never before seen smile and said, “With love; coffee”. And we smiled.
That day I loved something more than coffee, someone more than coffee. 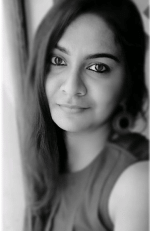