Will Funny Martians Be Questioned This Way?

The year is 3020. We have two prime genders now; the Martians and the Venusians (yeah, men and women who?!). And a new, uprising wave of Martian humor has swept across the faces of the traditionalist society who only knew the Venusian humor. These Martians, with their guts full of wit and sarcasm, telling punchlines with the most perfect timing, their parodies with in-sync rhythm and meter have really broken the barriers of Martians being opinionated and of Martians being brutally honest or sarcastic. They have also destroyed the stigma attached with Martians compromising their decency or acting silly for the sake of being funny.

Lionel is one amongst this hilarious tribe. You’d even say that he is the funniest person alive. Hear that out aloud you conservatives, the funniest person, not just the funniest martian! And because of being a part of this new cultural shift Lionel gets questioned, more than often, about his audacious sense of humor, which was thought to be something which only Venusians could ace.

Lionel pities the exasperatingly dull portrayal of humorous Martians in cinema and dramas. He believes a normal Martian could be funny and no, you don’t have to be a nympho for that. Times are changing but Martians wonder if their humor is treated differently or considered less witty, more toned down version of their counterparts.


‘You make me laugh, Martians always act all cute and stuff, which is funny’
Lionel observes his partner saying this when he has done something absolutely dumb. But that is not how he wants to be tagged as funny. By being cute?

‘Why would you need to use your sense of humor to attract Venusians when your handsomeness will do it?’
Lionel resists the long old tradition that Martians need make the ‘first move’ and their ‘good looks’ will do the work, thus overshadowing his comic charisma and unexpected timing. Previously a sense of humor in a Martian was thought as his ability to laugh at Venusians’ joke rather than tell the joke himself. Have we improved much from previous times?

‘Wait, you are joking and performing to endorse ‘Martian rights.’ Is your comedy agenda driven?’
‘But this ain’t true,’ says Lionel. ‘We just want to be funny. Humor should be inclusive of both the genders and not decisive humor that focuses on limitations of Venusian structures.’

‘Your comedy seems masochist. Are you trying to belittle us Venusians?’
Lionel realizes that there is a very thin line between a joke as a result of sublime prejudice against one’s gender and a joke that exaggerates the behaviors and stereotypes of genders. He says, ‘While it is easy to roast Venusians off their annoying habits and unnecessary shyness, we Martians need to choose our words carefully!’

‘According to the pioneering psychologist and social behavior analyst Dr. Sigdunm Fredu, Martians do not tell jokes. And how dare you joke about your promiscuity and libido?’
From centuries, Martians are conditioned not to admit performing any sort of sexual activity, especially involving pleasure, let alone joke about having multiple partners. Joking about promiscuity might threaten the relationship with the audience. Lionel observes a heckling audience, calling sexist terms like bastards or worse, man whores.

Screw that shit. Society is fine with casual profanity but hardcore swearing and belching isn’t ‘Martian-like’.

‘Umm why are Venusians so comfortable talking and joking about umm umm ‘self-gratification’ and why there aren’t any jokes about umm umm Martian climaxing?’
‘Umm Umm we don’t climax multiple times’, jokes Lionel. OUCH!

Between your buns and puns

Lionel adds, ‘Thankfully enough we don’t have to self deprecate and declare ourselves ugly or use sex appeal in our stand-ups to attract audience.’
‘You want to be funny? Take your shirt off!’, we don’t get any such comments, at least not that often.
And hearing a political joke from a Martian is as funny as hearing a willy joke.
‘You see, we really are spared from being a butt of this joke’.


In spite of the subtle resistance and condescending attitude towards this new Martian freedom of expression which mainly attributes to the never changing societal patterns and hierarchies, Lionel believes some Martians have found a voice through their comedy and unabashed individuality. The trend grows rapidly and fearlessly in the western colonies. This emerging brotherhood will continue to entertain humans and Martians will be unapologetically funny. 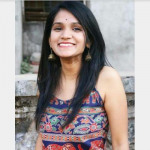 Passionate reader. Passionate humsafar. Passionate glutton. I search for stories, within people, within cities . I write peoms and articles. Read them, well because I owe people money.