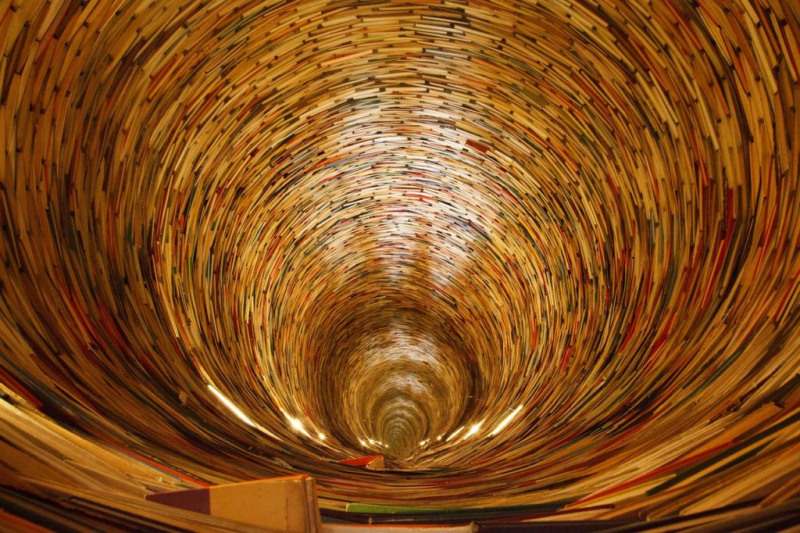 The setting is both the time and geographic location_ within a narrative or within a work of fiction. A literary element, the setting helps initiate the main backdrop and mood for a story._

Without defining our setting properly, our story will suffer, because the reader will want to know where and when your story is taking place.

I came up with three levels that will help you understand settings in a story. These will, hopefully, help you determine which level to choose, so as to maintain abstraction or transparency.

Your setting is defined through your character’s interactions with their environment. As such, their opinions, ideas, and memories are taken into account. This is a subjective setting.

Ideally then, the reader should assume the role of your character and attempt to empathize with them and the setting they are in. Your character herself may be confused about where she is or what she is doing. This character confusion is the highest level of abstraction in any setting.

An example of this is:
She woke up in a dingy, dark room. Somewhere to her left, she could hear the monotonous dripping of water on the floor. She didn’t know where she was and there was no way of knowing whether it was day or night.

If you are writing in this fashion, you must continue dropping cues, adding more details to the setting or initiating an inciting incident to develop your setting better, otherwise, the story stagnates and the reader will get bored.

The narrator’s setting may be both – objective and subjective.  This is because the narrator bridges the gap between characters and reality.

This is the classic third person that most authors love writing in. It allows for the narrator to switch between the subjective and objective without sacrificing on the elements of a story.

He got onto the shaky ledge . His eyes were focused on the setting sun. Switching the camera to his right hand, he raised it above his head. Any moment now, the sun would dip into the sea, and he wanted to capture it just when it touched the ocean. The ledge, however, had other plans.

Where: Near the sea
When: During sunset

The piece above is entirely focused on the photographer, however, the narrator has the freedom to describe the ledge and it is understood that the main character is unaware of this part of the setting.

This is when the narrator switches from talking about a character to describing things just as they are. This is usually apt for descriptions of locations or setting the time frame of a story.

It had been barely two days since the hurricane had passed. It came in from the sea and destroyed every building in a ten-mile radius.

Where: Near the sea
** **When: Two days after “the disaster”

Simple facts stated without bias. That’s objective narration. No emotions, feelings or ideas are accounted for and if they are, then they are put forth objectively.

The reality setting is the ultimate truth. The character and narrator may be flawed – sometimes on purpose – but reality remains objective and unaffected.

At this point, I would like to mention that I am talking about the ‘reality’ in a story – which the author may be aware of, but has not revealed yet. I am, in no way, making an argument in favour of objectivism or against subjectivism.

The reality setting may never be mentioned, and it may be left up to the reader to put the character and narration settings together to come to an apt conclusion as to what it might be.

A fantastic example of this is towards the end of Harry Potter and the Deathly Hallows when Harry willingly decides to die. After being hit by the killing curse, he meets Dumbledore in a ‘dream’.

The narrator’s and the character’s settings have been put forth in the story, but they are both incomplete. We cannot formulate an objective version of reality based on it.

So, there you go! These are the levels of settings that you can experiment with. This was a study in defining the types of settings for me, and I am open to discussing something I might have missed out on.