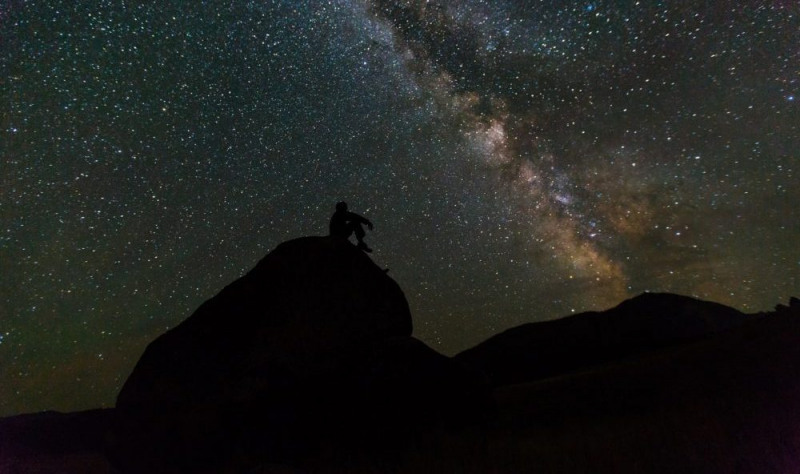 The Universe has a strange sense of humor

A few days ago, I was talking to someone who told me that they hadn’t seen a sunset or a sunrise. Metro cities don’t provide a clear view, and the high rises are a distraction to the eyes.

I had completely forgotten about a star gazing party organized by the Astronomy Club on the college campus called Celestia. It involved going out to the Sakhli-Surla plateau (you won’t find it on Google, it’s the Platform 9¾ of our world). We would be staying up the entire night and gazing up at the stars.

The chance to go on this journey was brought again to my attention one day at 1:30 pm and we left at 3 pm. I decided to bunk an AWS workshop and asked my friend for some help on an assignment. He owed me from previous semesters. Yes, plural.

After a three hour long journey through the beautiful Chorla Ghats, we reached the destination. It was a small plateau, sitting in a wildlife sanctuary. The area was fenced and all around us lay steep cliffs. To the east, there lay another mountainous region, where the sun was going to rise from.

We were near the border of three states: Goa, Maharashtra, and Karnataka. There was a small area where we were in the range of the mobile network. But I don’t think that was a part of Goa as I received a message: “Welcome to Karnataka” every time I went there. Just a few meters away from that spot you were probably in Goa again with absolutely no range. Strange. Maybe I was in two states at the same time!

We lay on the ground for some time. Someone was playing the Star Wars theme and Interstellar’s soundtrack on speakers. Then started “The Universe Has A Strange Sense Of Humour ” by the Blackstratblues. Listening to that and looking into the void above us was truly mesmerizing. It was one of those moments that reach up and grab you. You start feeling captivated, trying to wrap your tiny head around the immense space that you are looking at.

As I watched the Big Dipper chase the Orion’s Belt across the night sky, Jupiter rose into the sky with its full glory, followed by Mars and Saturn. The air was clear and there were no lights around us for miles. Thus, spotting shooting stars was really easy, I had never loved the cosmos more. Looking into the night sky, you can also spot satellites that orbit the earth. Their iridium flares make them visible but they are very faint specks of light that disappear at any instant.

Sprawling on the ground, looking up into the skies, a thought entered my mind: wasn’t this the same sky that millions before me had looked up to and gaped at in awe and wonder? Galileo, Copernicus, Ptolemy, Socrates and their contemporaries had all wondered about our uniqueness and insignificance in the vast ocean of space.

Galaxies look like hazy spots in the night sky, but within them lie the answers to many questions that humans have been asking for years. Are we actually alone in the universe? Isn’t there a minuscule chance of there being life in other galaxies?

I discovered another fun activity. If one points a laser at the stars and constellations in the night sky, you actually get the feeling of being closer to the stars. Almost like the stars lay a few feet above you and you could touch them. You begin to feel that you are a very small part of this humongous world. All that you do in your life will always be very small as compared to the vastness of the empty skies.

As the skies brightened, all the stars began to fade away one by one. Across the valley toward the east, the sun rose. Very slowly at first – painting beautiful hues across the clear sky – and then livening it up all at once.

It was time to leave this beautiful place. I hadn’t slept in two days, had eaten only one parantha and had some coffee that was made on a bonfire we started. But in the end, it was all worth it.

To all the people out there reading this, if you ever get a chance to spend a night under starry skies and open lands, do not hesitate. You’ll surely fall in love (once again) with the huge cosmos that we share. 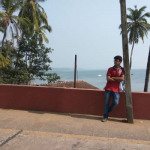