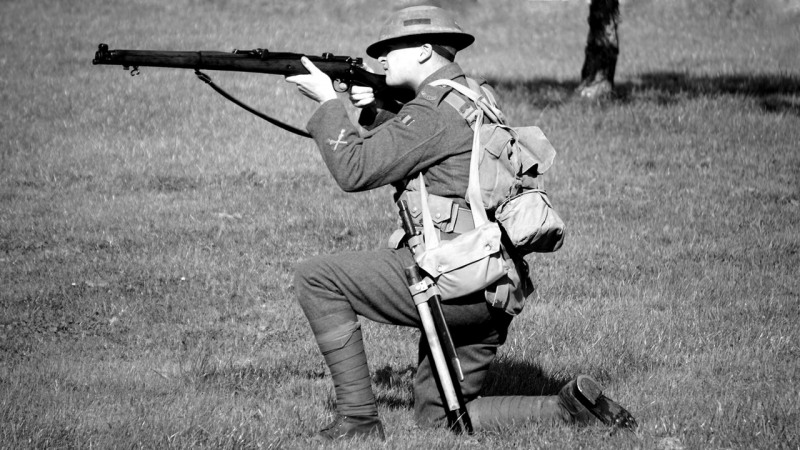 There was an eerie sense of stillness and calm in the room. It was almost picturesque, located in the thick of the woods, complete with dancing rays of the sun and petrichor emanating from the wet grass, if one could ignore the red smeared on the walls all over. The forest was beautiful, even when laced with barbed wire and covered with mines. With each soviet shell falling closer and closer to the compound, there was panic all around to burn the documents and escape. Yet inside the room, nothing moved.

I stood about, trembling, as I raised the barrel. Profusely sweating, I kept drying my hands and adjusted onto the stock. I had done this a hundred times, yet today was different. Today, it wasn’t easy.

Today, there were two frightened eyes at the end of the barrel.

The occupation of Poland wasn’t the same for everyone. For me it meant to not kill. I was just eleven years of age when the Wehrmacht had marched into the interiors of Poland. Among the many things they were notorious of, they actively participated with the SS forces to look for children who could help in winning over pockets of resistance put up by the Polish people. They were mostly won over by force.

That’s where I found myself in. I wasn’t lucky enough to see the grandeur of Berlin or what the Fuhrer had promised, or unfortunate enough to face the gas chambers of Auschwitz. Honestly, if being alive meant gunning down your own people, I preferred the latter. Instead, I was handed over a Gewehr 98, and trained in close quarter combat. The rifle was our one and only love – it was one with us and we were one with it. Day and night we trained in quick precision fire, as we recited the words spoken to us by our instructor – “This is my rifle. I am nothing without my rifle. My rifle is nothing without me. I am the protector of the German Reich, and my rifle protects me.”

It’s funny how war developed within us a sadistic sense of humor. Our rifles were called ‘Gews’ – fittingly, if we were meant to fight and kill the people called exactly the same – Jews.

But even so, my aversion to killing persisted. I never chanced upon deployment and used to always find some way or the other to escape the front lines. I generally volunteered to work the odd jobs – serve food, fill canteens, prepare sleeping tents, clean clogged up rifles. This worked for me, as I kept turning a blind eye to every shot penetrating a skull until I got transferred.

To put its horrors in context, Treblinka was where the trains stopped. As it turned out, there had been instituted a special center which trained young blood and transformed them into war machines near the extermination camp. It was strict, it was grilling, it was harsh – and it was felt to be an honor – to serve the fatherland and protect it. You would go on to become the tip of the spear, the edge of the knife.

Yet the only thing shinier than the blade of the knife was the glinting streams of blood flowing all around us. There was only one thing hovering in the air; death. It made me puke and made me disgusted, and there was nothing I could do about it. I tried to talk to some of the other children, but they were too terrified of our seniors to even speak about it. This was the beauty of the German war machine – under terror did we evolve into being indifferent about killing, for after being witnesses to countless killings and executions, it was completely normal for us to shoot at body bags.

But that war machine hadn’t reared its ugly head just yet.

The room was dingy and dimly lit, but the man was clearly visible under my sights. I shifted my body, looming over him while our eyes kept staring at each other. His face was void of any expression, and I couldn’t figure out who was scared more – him, or my reflection that I could see in his eyes. His hands begged of me to finish the ordeal, yet I couldn’t bring myself to squeeze the trigger. He had accepted his fate, and I was about to be made to accept mine.

I heard the footsteps of the Obergruppenfuhrer behind me, and my eyes widened – I knew what he would demand of me. His feet stopped just behind my stance, and I could feel his cold gaze staring through me. I tightened my grip again on the rifle and pressed it harder on the man’s head, as he closed his eyes and gulped down loudly. Yet, I still couldn’t bring myself to pull the trigger.

I tried to turn my head a little to see the officer when suddenly I felt the cold barrel of his Luger pressing against my skull and I instantly froze. I quickly jerked my head to the front, still holding my rifle against the poor man. My trembling had stopped, yet morbid fear had locked my body down. Finally, I closed my eyes and let out a deep breath, as I still held onto the rifle. In life, as in death, I was one with the rifle, and the rifle was one with me.

Outside, in the presence of the loud bangs of exploding mortar, no one heard the crackle of the shot. 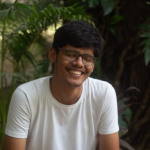 I randomly sing George Ezra and Waterparks. Love discussing (and making) art, history, and good coffee while sipping on coffee and reading up about art history. Yes, Oscars are politicized. Feminism shall probably have another wave. Picasso shouldn't have lived. Nothing exists.