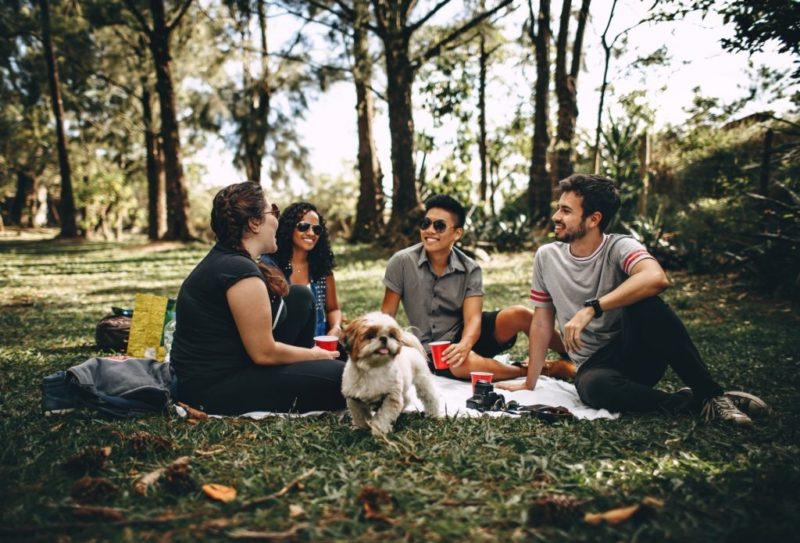 The elements of a good conversation

During a discussion with my friends a few days ago, we came to the conclusion that our rate of good conversations had dropped significantly. Consumed by this thought, I realized that a lot of things had changed in the last few months.

Every time we met nowadays, our conversations would be about how our day went, what we did, what was the funniest, saddest, weirdest point of our day, and eventually it would drift off into banter and small talk; dying off when we parted, no more helpful intellectually than what would have been had we simply decided to not talk at all.

Of course, the company and presence of friends add positively to your actions. But aren’t words then, mere vessels? What purpose do they serve if companionship is all that matters?

I believe that you truly become friends with someone when there is a period of silence in your conversation and neither person is uncomfortable.

So when my friend popped the question, ‘Why don’t we have good conversations anymore?’, we started exploring what a good conversation actually meant and came up with the following definitions:

Using these definitions as guidelines and fuelled by curiosity, I decided to find out what elements a good conversation should consist of. I came up with this chronological list.

Elements of a good conversation

1. A good conversation must have an inciting incident. This can be in the form of strong agreements or conflicts.
Strong agreements arise when the topic is emotionally close to people’s hearts, hence boosting validation and security of the group. Conflicts arise when one party disagrees or has different opinions about what you are saying. The primary driver of both these conversations is curiosity, that is when one person wishes to gain knowledge from another willingly and without judgment.

2. A good conversation should have peaks where everyone wishes to speak and present their opinions at the same time

3. It should have hold points where everyone is listening to one person intently

4. It should have a discovery process where one party learns something new and,

5. It should have a settlement where everyone either agrees upon one thing or decides to resume the conversation at a later point 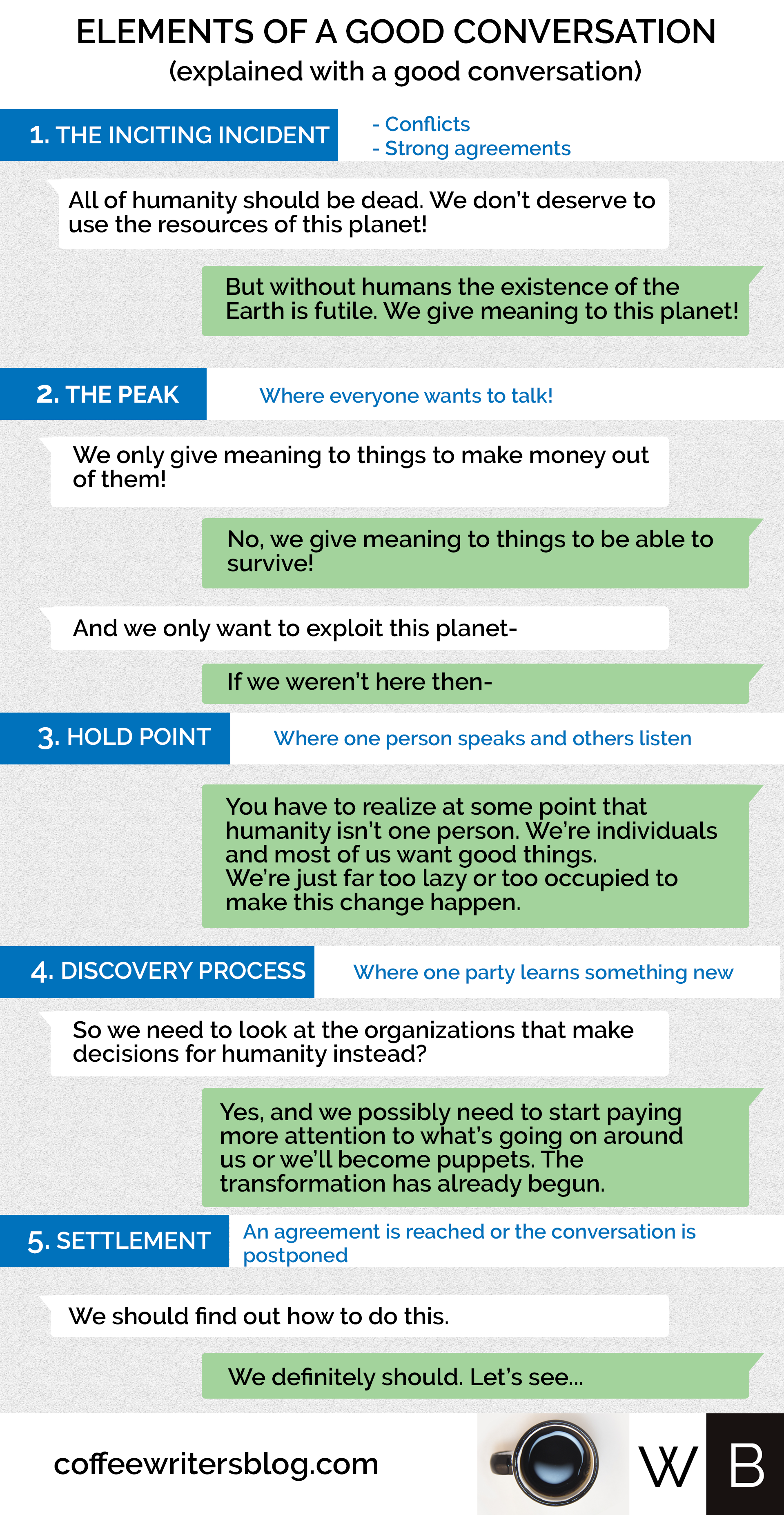 The inciting incident is, according to me, the most important stage of a good conversation. In fact, I also believe that it plays a major role in group dynamics; ensuring trust and security and creating a unique belief system in the group.

Often times, when talking about the mundane things in our lives, we forget to go deeper – to ask more questions, to try and extract meaning from the riots and the routines. Of course, not all conversations have to touch an intellectual vein.
The important thing to note is that they can if you want them to.

Over the last few days, I’ve tried digging deeper into mundane conversations. More often than not, you come to learn more about the other person than you would’ve otherwise, and you learn to dive deeper into the ocean of everyday life. You unlock deeper problems and deeper solutions and sometimes you end up finding ways for you to deal with your own problematic situations.

A word of caution though – good conversations cannot be forced. Besides the five elements I thought of – a lot of other factors do come into play; ranging from the time everyone has, the place you’re in, the people around you, the mindset of everyone in the group and of course, the connections you’ve formed previously with them.
It is after these factors are satisfied that you have the perfect setting for a really good conversation using the five elements.

What are some good conversations you’ve had? Did you learn something new?