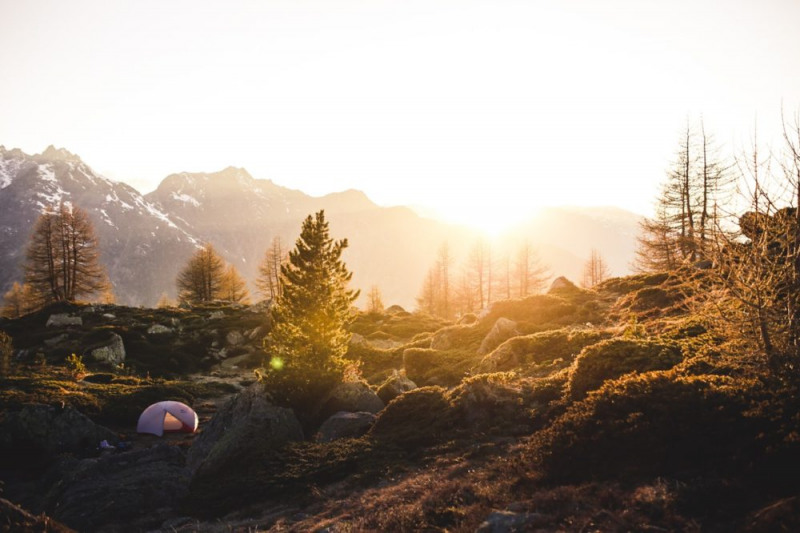 Read this before you establish setting in your story

The setting literally sets the stage for your characters to thrive in the world you’ve created for them. The location and the time your characters are living in determine how the readers, as well as the characters themselves, perceive the story.

The second world war, for instance, wouldn’t feel real without the drone of airplanes, the sounds of warning alarms, the long queues of people waiting for bread, or train stations with soldiers coming and going.

Here’s a list of questions you should try finding answers to before you begin establishing the setting for your story. They will also help you get one step closer to character development.

The place we are talking about here can be both fictional or nonfictional. Depending on what it is, you will find or imagine answers to the following questions:

(1) Where does your character stay?

This is the basis for all the questions that follow.
“Write what you know” is the traditional writing advice many writers get. But if it’s a fictional setting, you’ll be dabbling in unknown territory and as such, it’s best to write what is necessary for the story and perhaps, convenient for you as a writer.

For example, characters living in cities will behave differently as compared to small-town characters. The political, geographical, social and cultural aspects will also change accordingly.

(2) What is the geographical condition there?

The geography will help you understand more about the weather, dressing style and food of the people who stay there. Communities establish their lifestyles to adapt to the geography.

Weather helps, at most times, to establish a mood.
London, for example, is mostly cold and wet, which your character could perceive as gloomy.
So what could be a pleasant setting for a character living in London?

Saturday nights were different. She would curl up in front of the fireplace with a book in her hand and a cup of hot cocoa in another.  The sparks flying upwards from the crackling wood reminded her of the sun.

Nowhere have we told how she feels. The setting does that for us by the virtue of contrast.

For someone living in Arizona, where it’s always hot and sunny, sitting in front of a fireplace is the last thing on their minds. They would, perhaps, prefer watching it drizzle outside or take a walk through a park.

Weather is a universal phenomenon. As such, it can depict a lot of emotions, ideas, and events that would otherwise require an explicit narrative (which can get boring quickly).

(4) Can you describe the culture of the people there?

On most occasions, the culture will determine your character’s behavior. We thrive on social validation and culture comprises of the unspoken rules of society that promote social validation.

Suppose, in a story, it is common for the deceased to be sprinkled with water by the head of the family before they are cremated. We will establish this somewhere by writing about a cremation ceremony and the traditional bowl of water kept for the purpose of sprinkling water. Later, in another cremation scene, we show that this bowl of water is kept as it is; untouched and unused. That’s conflict right there.

Your audience will start getting an idea of how the people in your story think, how they behave, what they feel when you are able to embed a culture in your story.

The dressing style helps the readers imagine your characters well. There is a lot of symbolism that comes into the picture.

For example, wizards wear robes, elves like Dobby don’t get new clothes, Katniss Everdeen’s wedding dress turns into the shape of a Mockingjay.

You can play around a lot with this. To understand the characters in his novel “Carrie”, Stephen King brought to mind two girls in his high school who would wear the same clothes every day. Everyone would poke fun at them, and bully them.

When one of the girls showed up after a vacation, wearing brand new clothes, everyone poked even more fun at her for ‘trying to mask her true identity’. Ironic, isn’t it?

(6) What is their staple food? What is a delicacy for them?

The staple food is a very important aspect of the culture that you will establish. It will be a part of your character’s daily life. The food can be used as a tool to establish a social condition as well. Remember how Anne Frank ate only potato soup every day?
Or, you’ll perhaps remember “Please, sir, I want some more”, from Oliver Twist by Charles Dickens.

Food goes on to determine the physique of your character too.

For instance, in the Lord of the Rings, being a fat Hobbit was considered to be prestigious as it would mean an abundance of food and wealth.

(7) Is there any specific local beverage that the people drink?

Conversations over a cup of coffee or any other beverage bring in the emotions attached to that beverage. Your characters will reflect these. As such, establishing a local beverage provides excellent fuel for good conversations.

Note that the dressing style, the food, and the beverage will all depend on the climatic conditions.

In alliance with the place that you have in your mind, your depiction of time will paint a mental picture for your audience. Depending on what kind of a scenario you want to create, answer the following questions:

(1) What is the range of time for your story?

The time range is that part of the time that you will be considering throughout your process of writing. Part of this range might not be present in your story. Those parts will help establish a backstory.

Get a rough idea of this. This will give you a clearer picture of what the place you’ve decided upon looked like in that period.

Start off by deciding upon the decade first.

It’s common for us to say the music of the 80’s or movies of the 70’s because they evoke a certain feeling.  That’s because parts of decades, in general, have similar conditions. Narrow down the time range to find the year if you want to use an incident that happened during that year.

For example, the end of the Cold War, in the 90’s took America from a nation competing with Russia for supremacy to an undisputed global leader for the next few years.

(3) What time of the year is it?  Is there any particular season going on?

The time of the year can determine a particular season. The season and weather are a key to your character’s actions and attitude. Seasons can also decide their clothing and food habits.

The ruling party’s policies could have a major impact on your character’s life. Their point of view might create conflicts, which in turn help drive the plot forward.

There are different classes in a society; noblemen, upper, upper middle, middle, lower middle, lower etc. Depending on which class the character belongs to, the social situation can be correlated to that particular time.

Being a nobleman in France during the 1780s wasn’t exactly “noble” because of the social revolution by the lower classes. The loose definitions of class remain the same throughout history, but the thresholds of their power and wealth keep changing.

So these are some of the questions you should consider before you establish setting in your story. As free as creative writing might seem, it has a lot of self-imposed constraints. These constraints can be defined or overcome by putting settings to good use.