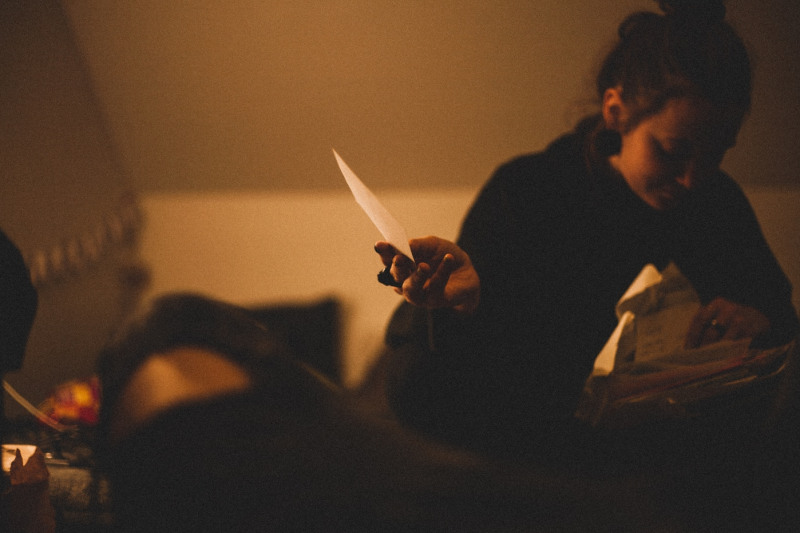 'तुमच्या मुलीने मला आज रागावल' Your daughter scolded me today. A 6-year-old me scribbled this on a piece of paper in a feat of drama. I folded the paper and gave the note to my uncle who was to carry it to my grandparents. They lived across town and the note was supposed to expose them to the various cruelties their daughter, my Aai, was inflicting upon me. I did not get a response from anyone. I am sure they had better things to do in life than deal with a 6-year-old's drama.

But did that deter me? No! I sent another note to them about my brother who was away from home. This time Aajoba took note. Matters escalated. I got a reply from him.

This was the beginning of one of the most meaningful connections of my life. Through letters.

To be honest I didn't even know then that I was writing letters. This exchange had no letter writing paraphernalia involved which schools taught me in later years. It was simple and to the point. I would usually write on pieces of paper and give him random updates about my life.

As I was writing these notes, I would also eagerly await his responses. They were a delight to read. He would write in the neatest handwriting and the most fluent Marathi. Something like:

I would, of course, need Aai's help to understand this. It was an unusual connection. And in a big family of uncles, aunts, and cousins we were the only ones sharing it. As I grew older, one thing that remained constant was the letters.

I poured my heart out in that letter. In a couple of months, I received a 4-page letter from Aajoba. It was the longest letter he had written to me. Of course, I did not understand much of it then, but here's the bit I remember the most.

I became known as the girl whose Aajoba wrote letters to her. Girls would stop by my room and ask if they could read them. I would happily oblige and make new friends over shared letters.

I moved to the US for a brief stint and the frequency of the letters reduced. Somewhere I was missing the connection, so I started a blog. I would write there every day and hope that one-day Aajoba would get to read about my experiences.

Hannah Gadsby says, "Hindsight is a gift". It is only today that I know and understand how lucky I got. I find written communication intimate. Recently I have grown into writing picture postcards whenever I am traveling. Maybe it ties back to the love my Aajoba shared with me over written words and how he was the first one who encouraged me to write more. Through his beautiful and elaborate replies. Maybe it's me trying to connect the dots and find meaning in not having him around anymore.

Today my parents are grandparents. My 2-year-old niece runs around the house begging me, rather us, to read to her. Sometimes annoyingly. But we oblige. Maybe it's life coming full circle.

Us honoring Aajoba's memory. Keeping those roots safe.
Remembering the kindness a 70+-year-old man showed to a 6-year-old child. 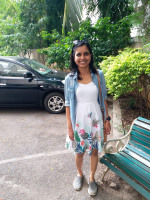 I am a textbook introvert and day dream about living on a farm, growing my own food, grazing wild sheep and running a library. In the regular life, I am involved in the exciting and consuming job of building software products. I also cook, read and run to keep it together.