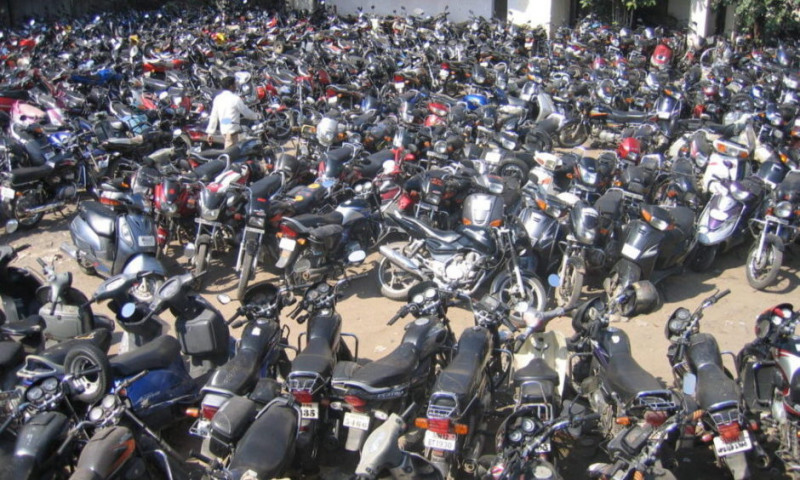 Punekars are fantastic drivers. From dodging potholes quicker than one dodges trains in Subway Surfers to going over speed-breakers so fast that you cannot even feel the bump – we are the embodiment of the saying “Ignorance is bliss”.

Every Punekar, irrespective of which bike, scooter or bicycle they have, drives it like Batman’s bike. Anything that comes in the way is an obstacle. Someone crossing the road?
Obstacle. Red signal? Obstacle. Footpath? Obstacle.

We are Pune’s “Batmen”, vigilantes in a city of vigilantes – ever watchful, ever ready to break any rule that defies our logic. Because we are special.
(So special that we don’t even need Morgan Freeman to help us out.)

Of course, we cannot “just drive”. Does Batman “just drive”?
No! He talks to people, shoots bullets at enemies and flies on rooftops.

Similarly, an anonymous group in Pune, Estd. 1610AD* has taken up the extremely time-consuming task of spraying tobacco all over Pune’s dividers while driving. These men (and women) have taken the phrase “Paint the town red” to a whole new level.

1610AD* – Introduction of tobacco in India by the Portuguese

Sometimes, the Government does its job (sometimes) and repaints the dividers with the standard yellow and black. But our Anonymous group manages to repaint the walls within a few days. Wouldn’t it have been great if tobacco had been yellow and black in color? You know, just for convenience.

But bike riders are alright. It’s the people who drive four-wheelers that don’t know how to drive.

Here are the rules for driving a four-wheeler in Pune:
(Written by bike-riders aka Batmen)

Rule 1: Never disrespect Batman
Rule 2: Batman is allowed to cut you off in traffic
Rule 3: Batman will always take the faster lane. You should drive on the sides
Rule 4: If Batman hits your car – you will pay for all damages (and take a public beating if you are rude about it). Additionally, read Rule 1.
Rule 5: If Batman hits your car and you are a woman, it will always be your fault irrespective of what happened. Additionally, read Rule 1.
Rule 6: Batman reserves the right to scratch your car and damage any components

Four-wheeler drivers fail miserably at following the above rules. They will always take the fast lane, always curse you when you cut them off in traffic, and always disrespect you when you hit them. How is Batman supposed to help such a city then?

But when these same four-wheeler drivers drive a two-wheeler, they become one of Pune’s own Batmen; ever ready, ever watchful. Vigilantes.

Pune has evolved a lot as a city of two-wheelers. In other cities of India, people usually drive in the same direction in a lane. Punekars have devised a bidirectional lane method, wherein driving in any direction is allowed as long as traffic police are absent.

Batman needs convenience for his quick errands – and no lane is small enough to not be divided.

That isn’t all. We have scientifically analyzed the art of driving and created some special driving techniques.

Bus Blocking: Where you don’t let the bus go left to pick up people at the bus stop because you need to overtake it
Divider Kissing: Where cars stick to the divider so that bikes cannot overtake them from that side
Traffic Signal Color Blindness: Red? Where? That’s green, it’s always green!
Middle lane Sprawling: Where bikes drive thought the exact centre of a lane because they are special

Our motto is, “Why do we fall? To beat up the person who made us fall.”

That is our way. You see, driving in Pune is an art. It is a sport, where reaching home alive is considered the highest form of achievement. For sure, we have achieved perfection in our art form, created a culture out of it, and revolutionized the simple task of “driving”.

We are Punekars; we are Batmen.