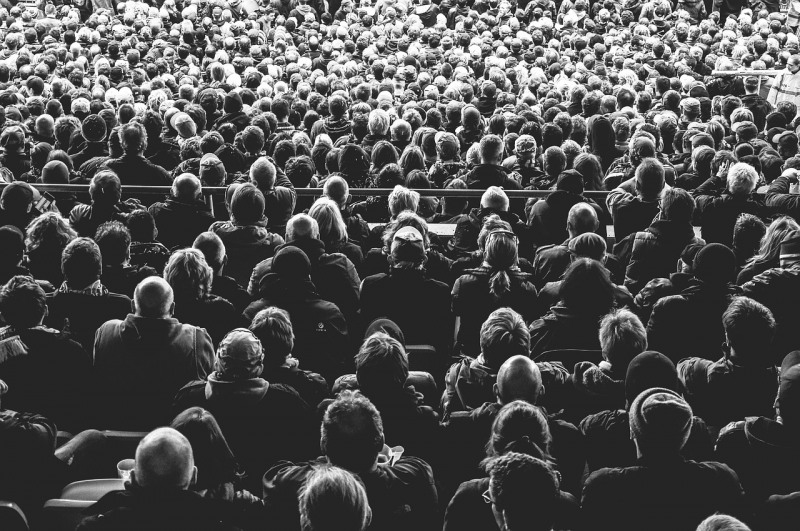 ‘You put your faith in me. You chose me from the darkness, you gave this country the hope it deserved and allowed me to lead you. Today, ten long years have passed my friends. Ten long years since you chose me.’

Gerog Brylich paused. Eighty thousand people gathered in the stadium clapped. He could sense their tension; the fear and the energy resonating from them.

‘Today, our country is in grave danger. Our populace is flooded with the redundant, the unnecessary; byproducts of poor intellect and upbringing. To call them men and women is a disgrace.’

‘The Collective has tried supporting them, we have tried giving them a chance to get jobs and work towards the betterment of society. We have tried everything we can to give them a purpose. But today – hundreds and thousands of criminals still live amongst us. Our jails are flooded with them, and they continue ruining the lives of the honest people – the common people.’

Gerog Brylich raised his voice.
‘Many of these people survive on your taxes. They look forward to going to jail because they are fed there, while the common people starve outside. These people rape your children and your men and women. These people steal from your houses when you go out to work. And these people lie on the streets, waiting for miracles to happen.’

The crowd roared, raising dark grey flags and chanting slogans of The Collective. The flags had a picture of a white raindrop on it. Together we are more! the posters read.

‘It is time, my friends. It is time to give these people a true purpose. Their families can thrive if these criminals add themselves to the Collective. Their children can find a purpose and save themselves from a childhood of abuse and neglect. The society will be rid of these vagabonds, these monsters when they join the Collective and serve a greater cause.’

‘Tomorrow,’ Gerog said looking into the crowd that fell silent again.
‘Tomorrow, we give a purpose to the scum of our society. We give them the chance to sacrifice themselves and become martyrs for their country. Tomorrow, we lead them to the rooms of peace in the Martyr Domes all over the nation.’

Gerog paused and scanned the audience.
‘Tomorrow we give the good people, the hard-working people, the people who care and the people who love this country truly, people like you a chance to thrive. Tomorrow, the gates of Martyr Domes all over the country will open and we will escort our criminals to the rooms of peace, where they will breathe their last.’

The noise from the crowd was deafening. The speakers screeched loudly and a young man came out running to fix the microphone. Gerog could smell his oily, curly hair as he bent forward and adjusted the microphone.

‘And from tomorrow,’ Gerog lowered his voice. The crowd hushed.
‘The martyr’s families will get rewards from the Collective; a chance to resurrect their broken lives and leave the past behind; a chance to become responsible, hard-working members of the society.’

The people went wild. Large banners were raised into the sky, “1+1!=2” and “Tiny drops make a large ocean”, along with flags of the Collective, Gerog Brylich’s ruling party.

Gerog raised his hands, soaking in the applause and the appreciation. This had been long overdue. In a country overpopulated and seething with people without any love for their motherland or any jobs to serve it, this had to be done. He turned around and walked backstage amidst chants of “Together we are more”.

‘Sir, General Piers is waiting for you outside the stadium,’ Policha, his assistant said.
‘Let’s go,’ Gerog said.
The Guards escorted Policha and Gerog down the stairs and out through a small door that led to a VIP parking area.

Gerog Brylich smiled as he approached General Firion Piers who was holding the door of a car open for him.
‘Everything ready as per our discussion, Piers?’ Gerog said, getting into the car.
‘Yes sir!’ the General replied, getting in from the other side.
‘I will see you at the Collective House, Policha,’ Gerog said as the car pulled out of the parking.
Once they were on the main road, winding through the countryside, Gerog spoke again.
‘Give me a quick update,’ he said.
‘We have trucks stationed outside all the jails, ready for tomorrow’s transfer,’ General Piers replied.
‘Have all the officers been notified about tomorrow’s procedure?’
‘Yes, sir.’
‘The criminals must be told their fate only when they have been secured in the domes. Is that clear General?’
‘Yes, sir.’

There will be no more opposition now, Gerog thought, smiling to himself as he looked outside the window.

It had started raining.