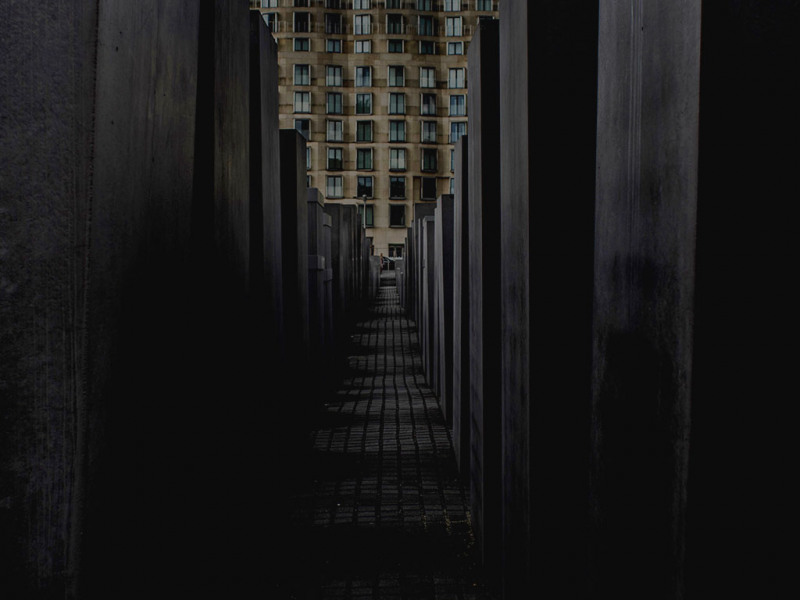 Pyrel turned on his rickety, old computer and waited for the logo of the Collective to disappear. He executed a script that disconnected his computer from the grid. Suspicious keywords were tracked over the network and the guards would be at his place in a few minutes if they found out.

This script was based on a loophole that Pyrel and Sirek had discovered a few years ago. It allowed them to search for anything by scrambling the actual keywords without having the Collective find out. They’d only used it once to search for his father’s name. They hadn’t found anything.

‘Other access,’ he entered into the search box.
Zero results the screen flashed.

‘Outside world,’ he typed in.
A place of death and despair…
Beyond Olgamarf – nuclear warfare and dead countries…
Gerog Brylich was the greatest ruler of all time for…
‘Pyrel,’ his mother shouted, ‘get some vegetables for dinner!’
‘Yes mother,’ he said.
Pyrel closed the browser and turned off the computer.

The sun had almost set by the time he reached the store. The old man filled his bag with half a kilo of potatoes and Pyrel swiped his allowance card. Expires 6 June 2021, it read. Three days left, he thought.

Pyrel hated this time of the day. The streetlights were still off, the sun had set – but there was still a soft glow in the sky. He walked through the narrow alley, holding a bag in his right hand. The walls on either side of the alley always made him restless. They were almost eight feet high, and after every few meters, there would be a gap that led to the entrance of a building.

In this part of town, the buildings were fourteen floors high, with six families staying on each floor. While traveling to the Education Center, his train would pass through Sector A – the elite part of town. Each family there had a house to themselves, with beautiful gardens and lawns. Pyrel wondered if they were happy.

The soft glow of sunset had now given way to a dreary darkness. Pyrel shuddered as he looked at the wall next to him. It was painted with the images of people rejoicing the War Against Crime. It had been Gerog Brylich’s greatest victory; eradicating crime from Olgamarf and making it the most peaceful country in the world. Pyrel had read about it when he was just eight.

‘Psst!’ somebody said.
Pyrel stopped.
‘Psst! Pyrel!’
Pyrel turned around. There was no one behind him.
‘Here, to your left.’
There was an entrance to a deserted, dilapidated building to his left. Pyrel could spot a figure hiding behind a column.
‘We’ve disabled the cameras on this road. Come fast!’ the man hissed.

Pyrel took a step forward cautiously. He could see the silhouette of a man peeking out from behind the column.
‘Who are you?’ he whispered.
‘This is about Sirek. I need to tell you something important,’ the man said.
‘Tell me.’
‘You have to come with me. Trust me, this is very important!’
Pyrel looked behind him. There was nobody on the street.
‘Quick,’ the man said.
Pyrel followed the man. His eyes took a moment to adjust to the darkness. The building smelled like garbage and rotten vegetables. Pyrel covered his nose.

The man had a heavily bearded face and tufts of white hair poking out at odd angles from the top of his head. He led Pyrel towards a pile of trash on the ground and pushed it with his feet to reveal an almost invisible wooden trapdoor.
‘Climb down,’ he said.
‘What?’
‘Just go! I will explain everything!’

Coughing from the reek above, Pyrel lifted his body down the trapdoor and held onto the cold metal ladder.
‘Hurry up!’ the man hissed.

Pyrel searched for the steps in the darkness and climbed down as fast as he could. His heart was beating fast and his throat felt dry. After a few seconds, he felt the floor underneath his feet. There was complete darkness here. The trap-door closed above him and the man climbed down.

‘What is happening?’ Pyrel asked.
‘Sirek was taken from us, but we know he told you to come and meet him,’ the man said, keeping a hand on Pyrel’s shoulder.

Pyrel looked around. There was complete darkness inside.
‘You can enable the street camera now,’ the bearded man said.
‘Alright, the camera is now live,’ a girl’s voice came from somewhere in the darkness.
‘Can we turn on the lights?’ a gruff, manly voice asked.
‘Yes, I closed the trapdoor,’ the man replied.
Pyrel heard the click of a switch and the room lit up with a soft, yellow glow. Three computers stood on desks in the tiny room. A boy and a girl his age were sitting in front of them. There was barely any space to move.

‘Welcome to our humble abode, Pyrel,’ the bearded man said.