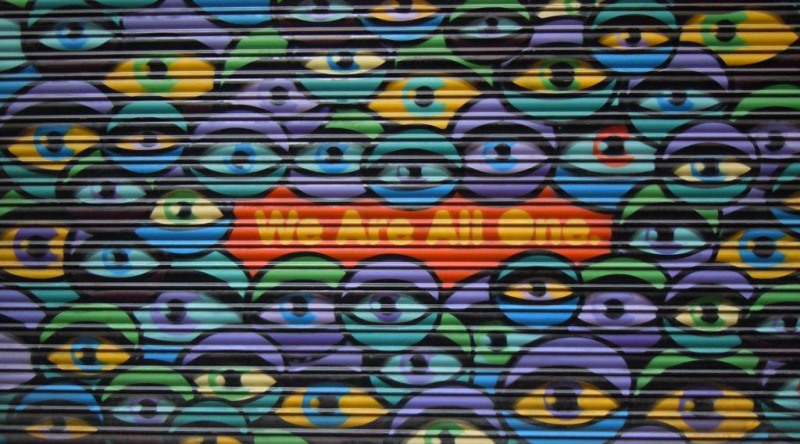 They’d been working continuously for the last six hours.Pyrel’s head was heavy and his eyes were sore. Derek sat in a corner of the room, making shrewd observations once in a while, suggesting new ideas and asking everyone to cooperate if things got a little out of hand.

Pyrel had realized pretty quickly that the flaw they had discovered wasn’t really a flaw, but rather, a far-fetched assumption that the Collective’s network could be hacked and that people could actually be given other access. Still, he had written small scripts, helping Levenia and Nisel figure out complicated parts that he was able to understand.

After laboring for almost six hours, they seemed to be getting somewhere.

‘There is only one government server that gives us other access,’ Pyrel said.
‘Yeah, we know that,’Levenia said.
‘Let me finish?’ Pyrel said curtly.
‘Go on Pyrel,’ Nisel said.
‘This assumption is wrong. All the servers in our country have the capacity to get other access. Whoever made this system did a shoddy job of it.’
‘So what do we do?’
‘Things become a little easier now. We don’t have to route all the computers differently as we previously thought. We just have to get admin level privileges to allow other access on these networks. We’ve already done that for one server,’ Pyrel said.

Derek got up from his chair.
‘I told you he’s good at what he does!’ he said, beaming.
‘Calm down, will you? This is just an idea. There’s no way all the servers can be bypassed in the same way,’ Levenia said.‘It’s worth giving a try though,’ Pyrel said.
‘Alright, how do we go about it?’ Nisel asked.
‘Give me some time to figure it out. I’m a bit tired,’ Pyrel said.
‘Sure you’re tired. You’ve hardly been here for six hours,’ Levenia smirked.
‘What’s your problem?’ Pyrel snapped.
‘I think you’re just bluffing us and trying to find a way out.’
‘What?’
‘Sirek was smarter than you.’
‘Considering he died rigging individual computers at the Education Center instead of figuring out that he could just hack the servers, I’d say he was stupid not to try a bit harder,’ Pyrel said, seething with anger.
‘How dare you?’
‘Pyrel, Levenia, calm down, will you?’ Derek said.
‘At least Sirek wasn’t a prick. This one is just arrogant.’
‘Levenia,’ Nisel said.
He kept a hand on her shoulder and asked her to get up.

‘Why don’t you come over here and we can talk for a bit?’ he whispered.
‘I miss Sirek,’ she whimpered.
‘I know,’ Nisel said.
He led her to the side of the room and sat her down on the floor.
‘Pyrel is here to help us. He was Sirek’s friend too, remember? His script helped us so much right?’ he said, consoling her.
Levenia nodded, holding back tears.

Pyrel stared at the computer and began his search for getting past the admin level privileges of all the other servers. He would have to go back home before his mother came back, and he didn’t have much time anyway.

Nisel consoled Levenia and brought her back to the computers.
‘The Collective’s servers have a few vulnerabilities that are known, but never been exploited,’ Pyrel said.
‘How do you know that?’ Derek asked.
‘I spent an entire year learning server technology. I was supposed to report problems I found with the server codes I was assigned to study.’
‘And?’
‘They didn’t tell me which flaws I had to mention, so I told them the minor ones,’ Pyrel said.
‘Sneaky.’
‘Levenia, I need you to run a quick check on the local server. Nisel, help her write the test. I’ll send you the specifics,’ Pyrel said.
‘Ok,’ Nisel said.
‘Levenia?’ Pyrel said.

Levenia turned to look towards him. Her eyes were red and puffy and her hair was a mess. She stared unblinkingly at Pyrel.
‘I didn’t mean to be rude. I’m sorry,’ he said.
She closed her eyes and nodded, averting his gaze.
‘Tell me what I need to do,’ she said, after a few seconds.
‘I’m sending across a script and a few other files. We’ll figure it out together,’ Pyrel said.
‘How long do you think we’ll take?’ Derek asked.
‘A few hours. I might have to go home before that though.’
‘We can continue tomorrow. Tomorrow will be the last day you can go home. The Collective will come looking for you after that,’ Derek said.
‘Our job will be done by tomorrow. They won’t even have time for me after that,’ Pyrel said.

Photo by Daniel Thürler on Unsplash