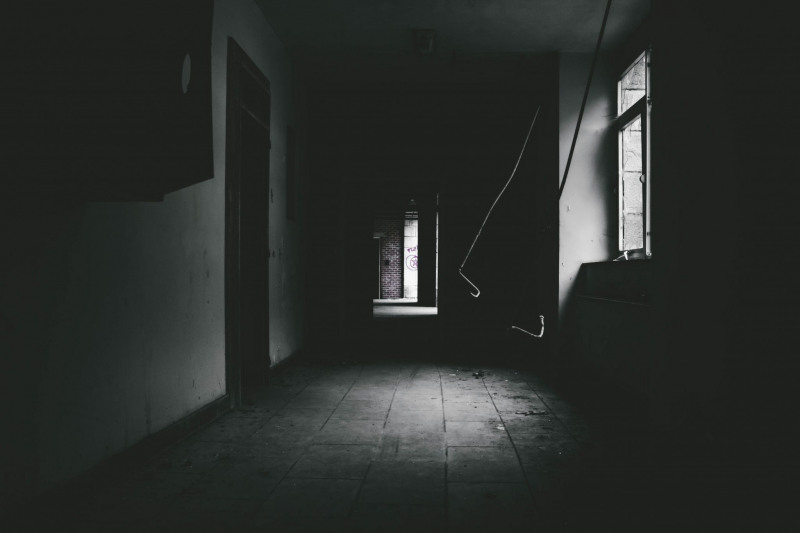 ‘It’s loading. We’ll have to wait,’ Pyrel said, looking at Derek.
‘How much longer?’ Nisel asked.
‘Half an hour or so. We should be able to get administrator privileges then.’
‘That is fantastic! Nisel, are you writing down all the steps?’ Derek asked.
‘Yes, I am.’

‘Since we just have to wait now – I want to ask a few things,’ Pyrel said.
‘Sure, go ahead,’ Derek said.
‘I don’t understand why our government is lying to us. What is to gain from all of this?’ Pyrel asked.
‘Sir Gerog Brylich believed that if people were allowed to decide what they wanted to do, they would never reach their true potential.’
‘Yes, the Collective identified my potential, but shouldn’t I get to choose what I do with it?’ Pyrel asked.
‘It’s complicated,’ Derek whispered.
‘Why?’
‘People prefer to thrive under the illusion of choice. Our government simplifies things by not giving one in the first place. Without a choice, you have to work hard with what you have, no matter how bad it gets.’
‘But, what is wrong with having more choices?’
‘I told you. Most people don’t know what they want out of life. The Collective makes sure that this majority doesn’t suffer.’
‘Why are you defending the Collective?’ Levenia snapped.
‘In order to defeat the enemy, you must understand the philosophy behind their actions. The Collective wants , predictability, simplicity, and imposes limits upon us to achieve that goal.’
‘Do other countries do this too?’
‘No, most of them don’t. But then, they have crime: murders, robberies, corruption – things that have no place in our country.’
‘Are the people happier there?’
‘I like to think so Pyrel, but you can never be sure.’

Pyrel sighed and leaned back in his chair. He felt drained.

‘Look!’ Pyrel said excitedly.
‘What?’
‘We got admin access!’

The four of them huddled around the computer. They had access to every single server in the country.
‘We have to write one final script,’ Pyrel said.

They got down to coding as fast as they could. Derek slid past the trio quietly and went into the tiny backroom to get a glass of water. He was ecstatic at the discovery. It was almost magical. He’d never thought someone would be able to bypass the system so easily.

For another hour, the three of them wrote the script, trying to make sure that nothing would go wrong, and that they couldn’t be traced as the source of the attack. Derek sat quietly, watching everything, learning as much as he could from Pyrel. After a few arguments, and a lengthy discussion about the best approach to follow, the three of them found a way that worked.

‘Almost done,’ Pyrel said, as he typed in the last few words.
‘Done?’
‘Yes!’ he shouted.
He high-fived Levenia and Nisel. With the tap of a few buttons, he could now turn on every single computer in Olgamarf and reveal the truth to all of its citizens.
‘Amazing job Pyrel!’ Derek said.
He shook his hand and stepped back. Nisel got out of his chair and began pacing in a side of the room.
‘Should I run it? Should I run the script?’ Pyrel asked.
‘No, not yet,’ Derek said.
‘But we have to! There’s no time. The Collective might find out where we are any time now!’
‘The Collective already knows where you are Pyrel,’ Derek said.
‘What?’
‘I work for the Collective. I’m the Chief Cyber Security Officer of our country. Nisel here is from my team. Levenia and you – you’re some of the brightest minds we could find to help us solve a complicated issue.’
Pyrel got up from his chair. His heart was racing. He looked at Levenia.
She had a shocked resignation on her face.

‘Sirek found out who we were, so we had to kill him. Then we found you, sharper than Sirek, very talented – and rebellious.’
‘So you brought me here to-’
‘To understand how someone could hack our network. With your help, we’ll be able to prevent such attacks from happening in the future.’
‘But you said you were Sirek’s father! You said you knew my father!’
‘How difficult do you think it is to memorize the few key features of any person?’ Derek smirked.
‘What about everything you said to me before? All that- that philosophy about choices and free will, and -’
‘I think we live in a rather simple country, with simple possibilities and definite choices. It’s better this way.’
Pyrel stood still, absorbing the gravity of the situation.
‘I hope you die a brutal death,’ he said after a few moments, sitting down in his chair.
‘Pyrel Sesta and Levenia Hilfen, the nation of Olgamarf thanks you for serving your purpose and dismisses you from your duty,’ Derek said, pulling out a handgun from his pocket.

Pyrel’s mother sat on the sofa watching the evening martyr update broadcast. Her body froze as she looked at the screen.

Pyrel Sesta – Age 21
Last words:
“For the benefit of my country and my family.”
1.8 million credits to be awarded to the Sesta family

There was a sharp rap at the door and a Guard stormed in through it.
‘Polovera Sesta,’ he said, approaching her, ‘you have been called to the Dome for failing to discipline your son, Pyrel Sesta.’
‘Mother?’ her daughter said, looking out from behind the passageway.
‘I have to go Myrel. Take care,’ Polovera whispered.
‘Mother!’
‘Take care of her,’ Polovera said as the Guard showed her out.
‘She will be questioned, disciplined and taken good care of by another family,’ the Guard said.
‘Mother? MOTHER!’
‘I will be back in some time, Myrel,’ Polovera shouted.

Myrel’s screams echoed all over the building and people peeked out of their windows as Polovera was led to a waiting car.
‘What did my son do?’ Polovera asked as she sat inside.
‘He helped us figure out a key security flaw in our country’s network,’ the Guard said.
‘And?’
‘He was under the impression that he was doing it for a rebellious cause,’ he said.

Polovera closed her eyes.
Like father, like son, she thought. She had lost him, just like she had lost her husband. Despite trying to protect him through harsh discipline and strict enforcement, she couldn’t prevent him from seeking the truth. Her discipline had backfired – he had probably worked out of bitter resentment and hatred for her strict actions.

‘Did he say anything about me?’ she asked.
‘He was glad to know that you would be punished if he was caught,’ the Guard said.
Polovera sighed and looked out of the window as people began gathering below the building to watch her.
‘I am proud of him,’ she said, as the car started.