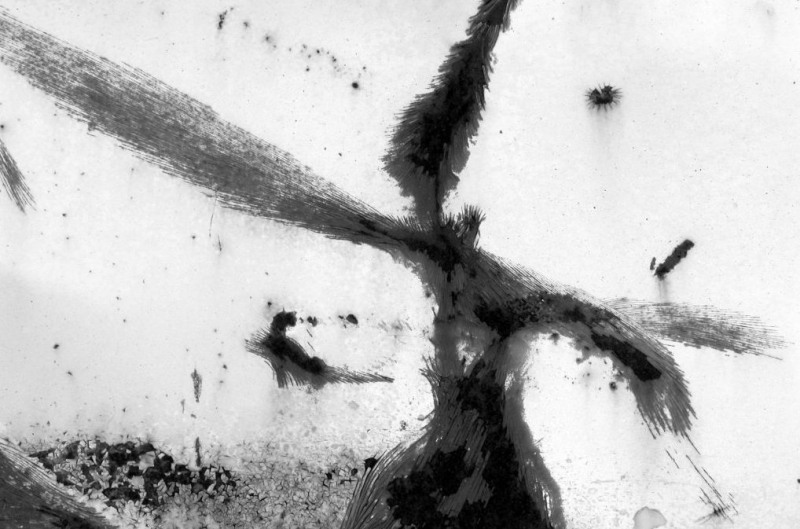 ‘I need to go home. My mother is waiting for me,’ Pyrel said.
‘We know you don’t have much time. We want to show you something,’ the bearded man said.
‘What?’
‘Do the words other access and outside world sound familiar to you?’
‘How did you-’
‘We know  what you searched for. The script you wrote to prevent the Collective from spying has a critical flaw. Of course, the Collective can’t decipher what you are typing, but we can,’ the bearded man said.
‘How did you do it?’
‘I am Derek Filip, Sirek Filip’s father. He showed us your script and we discovered some loopholes in it. We’ve improved your script to be almost undetectable now.’

He handed Pyrel his bag of potatoes.
‘Sirek shared the script? Is he still here?’
‘He was taken from us. I told you. He’s gone.’
‘What is this place?’
‘The workplace,’ the girl sitting in front of him said.
She had a pointy nose and a smirk on her face that made Pyrel angry for some reason.
‘The workplace? The Collective gives people jobs below houses reeking of rotten vegetables?’ he asked.
‘I sense sarcasm. Are you sure you want him here, Derek?’ pointy nose said.
‘He’s good at what he does,’ Derek replied.
‘Look, whatever it is, I don’t want to know. My family is waiting for me,’ Pyrel said.
‘Pyrel, look at these pictures,’ the man with the gruff voice said, turning a monitor towards Pyrel.

A thriving city with buildings taller than any he’d ever seen before; fountains, lakes, people walking on huge footpaths, beautiful cars, and colorful streets met Pyrel’s dumbfounded eyes.
‘Where is this? Is this in the capital?’
‘This isn’t our country,’ Derek said.
‘What?’
‘Yes. There is no nuclear warfare or death or despair outside.’
The man typed in ‘Olgamarf’ into a completely different website. The website spewed out the results quickly:
Olgamarf – the land of patriotic suicides…
How I escaped Olgamarf…
‘Gerog Brylich told us our country was the safest, but it’s the most dangerous’…

‘Is this a joke?’ Pyrel asked.
‘We need your help. Will you help us?’ Derek asked.
‘Help you? I don’t even understand what is happening!’
‘I understand that it’s all too much to take in at once. But this is what other access is. It’s accessing the outside world’s internet and seeing the truth for what it is_,’ Derek said.
‘Truth? These are lies! There is a war going on outside and you’re falling for some outlandish propaganda!’ Pyrel shouted.
‘Would you please not shout? This place is not soundproof,’ pointy nose said calmly.
‘Look, just let me go.’

Derek put a hand on Pyrel’s shoulder and sighed.
‘Pyrel, there is not much I can do to convince you besides showing you the truth. There is a better world outside. We have all been cheated with.’
‘Lies,’ Pyrel whispered.
‘My son didn’t commit suicide Pyrel. He was taken from us,’ Derek said.
‘What? Why?’
‘They caught him trying to rig the Education Center’s network so that everyone could get other access. He wanted to test if his theory could work on a small network before he tried on a bigger one.’

Pyrel retreated towards the ladder and held his bag of potatoes tighter.
‘There is a reason we chose you Pyrel. It’s not just your skill with computers or your association with Sirek,’ Derek said.
‘Then?’
‘I knew your father.’
‘How?’
‘He was my colleague. We were good friends before the Collective caught him trying to manipulate cameras to record false data. He was one of us too.’
‘What was his name?’
‘Arino Sesta. He had a scar running across his right palm, and steely grey eyes that seemed to look right through you.’
‘How do you know all these things?’
‘Trust me Pyrel. I am speaking the truth. Think about it. Does anything that we do make sense? We’re all being used for the purposes of the Collective; slaves for an unknown cause – discarded when we are no longer useful.’

Pyrel took a step up the ladder.
‘I need to go home. Now,’ he whispered.
‘Alright. I’ll help you sneak out of here. Levenia, take care of the cameras for me,’ Derek said.
Pyrel climbed up the ladder, his head ringing with Derek’s words, and his hands clammy and sweaty from the effort he was exerting to process what he’d just learned.

‘If you change your mind, you know where to find us. You have three days left before the Collective starts pressurizing you to become a martyr,’ Derek said.
‘Thank you,’ Pyrel said, as he hurried out of the building and began walking along the footpath.

‘Pyrel!’ Derek hissed.
Pyrel turned around. Derek had a tired look on his face, like a man who had almost given up.
‘Do it for Sirek. Do it for your father. Help us,’ he muttered.

Pyrel turned around. He wiped the tears off his face and began running along the footpath. He felt a sharp pain shoot across his left thigh as the bag of potatoes rammed against it. He was very late, and he was going to have to lie to his mother to cover it up.