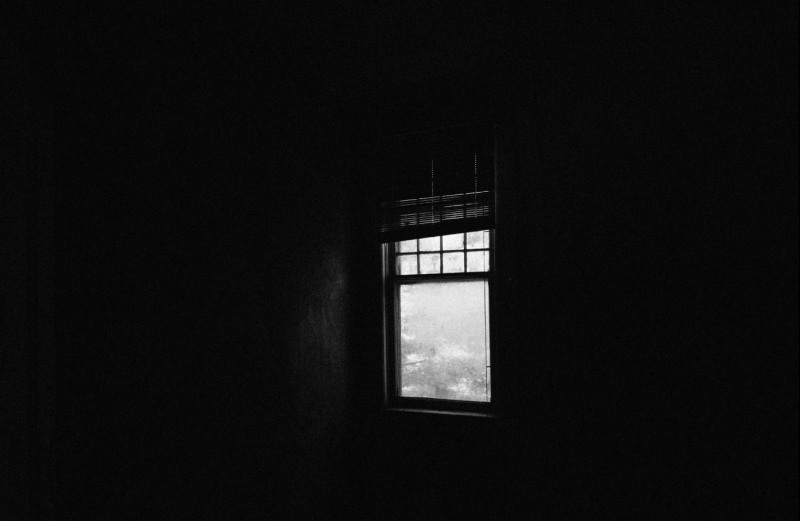 Pyrel hadn’t slept a wink. He stood staring up at the creaking ceiling fan, watching the play of light and shadows because of the streetlight streaming in through the window.

Derek’s words echoed in his ears, and he muttered them slowly,
‘Do it for Sirek. Do it for your father.’

As a child, he would often observe inconsistencies in what he saw and what was taught to him. On occasions, he would be sent to the dark rooms, chained up and made to repeat phrases that burned themselves into his head.

Every time he lied, every time he defied an order, every time he strayed from the path of fulfilling his purpose, every time he questioned a law or tried to overcome an authority, they would hang him by the legs and beat him up, and make him repeat sentences, over and over again, relentlessly, until he was one with the truth they imposed upon him.

After coming back home, his mother would find out about his conduct, and he would be reprimanded, made to sit down and write the same sentences, over and over again, until his hand got sore and his fingers gave way. He’d hated every minute of it, her towering above him, shouting at him if he stopped, slapping him if he tried to talk back. There was no escape, and Pyrel had learned to bend to the will of authority, despite the incessant screams of his mind, asking him to fight back; to resist.

Pyrel spent the entire night digging into the tattered remains of the rebel inside him. He had no self-respect any more, nor any dignity. The Collective had stripped him of all that was unique about him, cut him out into a version of him that suited their purpose, and simply made him obey.

Pyrel sat up in his bed and winced as a sharp pain shot across his thigh. He had cut himself more after lying to his mother. It had felt good. He looked around his dingy room. The broken cupboard cut out in the wall and the paint peeling off the shoddy walls looked weird and broken because of the muffled light coming from the streetlight below (not that the morning light made it look any pleasant).

Morning would be here soon. His mother would leave for her Education Center, and his sister would leave for her school. Pyrel would usually leave last. He hobbled along the dusty wooden floor until he reached the computer. He could write an email to Master Garth, and explain to him that he was sick and wouldn’t be able to come for his review today.

In a few minutes, he’d written the email and he sat there, breathing heavily as the pain pulsed through his leg.
I will not lie, he whispered, pushing his hand against his thigh.

With the other hand, he sent the email, still whispering to himself as tears streamed down his cheeks.

Defeated from the mental exertion, he turned off the computer and hobbled back to his bed. It took some time for the implications of what he had done to sink in. He couldn’t go to the Education Center now. He had to go meet Derek tomorrow, figure out what he was supposed to do.

That was, of course, better than an untimely death.

It was as if Levenia and the gruff-voiced man hadn’t even moved from their places. They sat hunched on their computers, trying to code something complicated.

‘Levenia, turn the cameras live again please, and Nisel, I need your attention here,’ Derek said.
‘Pyrel, you have done a great service by deciding to come here today. With your help, we’ll be able to figure out the last piece of the puzzle.’
‘I guess,’ Pyrel muttered.

‘The Collective’s network has a flaw that can be exploited. We’ve been looking for ways to give everyone in this country other access, while simultaneously blocking any attempts made by the Collective to restore censors and network blocks,’ Derek said.
‘What does this achieve?’
‘Our country has diplomatic ties with allies in foreign lands that prevent our enemies from liberating us. If we can’t be freed from outside, we will fight from the inside. We want a revolution, a rebellion. We want the truth. Giving people other access and showing them the truth is the first step towards this fire,’ Derek said.
‘You said the Collective’s network has a flaw that can be exploited. What is it?’
‘We’ll get to that discussion in some time. I want to know if you will be able to work with us and give your best shot.’

‘It won’t be difficult if these two can code,’ Pyrel said, pointing at Levenia and Nisel.
‘I don’t like him,’ said.
‘Now Levenia. This is no time for arguments,’ Derek said.
He continued, ‘Pyrel, Levenia, and Nisel are good coders, two of the best people I have found. They’ve been working with us for over a month, and they are more than capable of doing whatever you need them to do.’
‘Alright,’ Pyrel said.
‘Let’s get to work, shall we?’ Derek asked, showing Pyrel towards a small chair in front of a computer.
‘One more thing,’ Pyrel said, sitting down on his chair.
‘What?’
‘What are the chances of us getting caught?’
‘We will be caught at some point of time, but we’re all living way past our supposed death sentences anyway,’ Derek said.
‘If I am caught, what happens to my family?’
‘Your sister will be sent to a better school. Your mother…’
‘What about her?’
‘She will be executed for failing to discipline you.’

Pyrel thought about it for a while. He felt a sudden pang of guilt and closed his eyes, rotating in the chair. A sharp pain shot across his thigh as his leg hit the side of the table. He winced and opened his eyes. With a flourish of his hand, he reached below the table and turned on the computer.