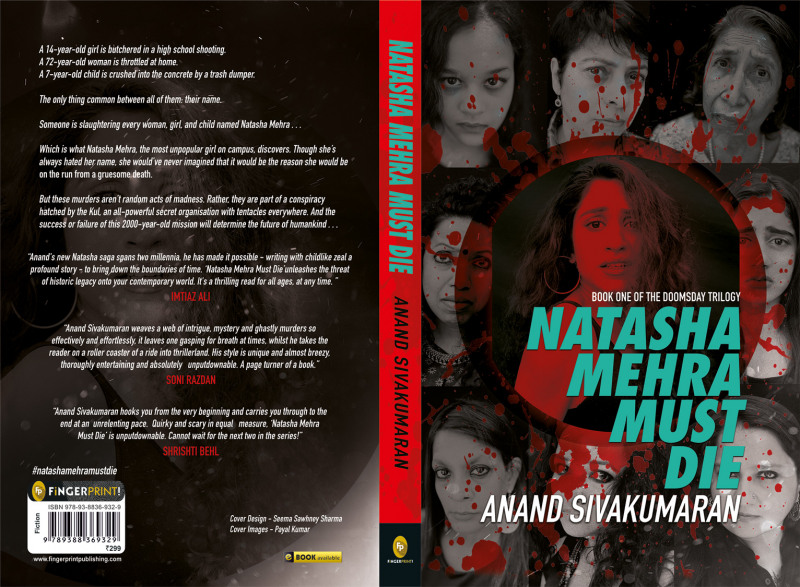 Natasha Mehra hated her name. Probably because all throughout childhood, kids, with their characteristic antipathy towards addressing their peers by anything but mono or disyllabic monikers, had reduced her name to Nuts. Not Nats, which might have still had some tenuous pretension to coolness, but Nuts.

And let’s face it, Nuts led to all manner of cheap cracks—“She’s Nuts! Literally!”, “Guess what Nuttiness Nuts did now . . .”

It also didn’t help that Nuts, sorry Natasha, had a natural aversion for the normal and boring and had, consequently, embarked on escapades that sort of reinforced the urban legend that she was not all there. Thus, further propagating the credo: “Nuts by name and Nuts by game!”

If anyone else had sneaked into the boys’ school next door to pelt their reigning Sports Captain with eggs (as retribution for his sexist deprecation of girls playing cricket and football), they would have probably been heralded for their spunk and daring. But cursed with a nickname that led to all her accomplishments being viewed with derision rather than admiration, she, who by rights should have been the heroine of the pack, ended up as the joker.

Don’t get it wrong. It wasn’t that Natasha was weird-looking or even plain. True, she was definitely not the belle of the campus, but she was no beast either. She had a tall, athletic frame and legs so long and strong that they could send a football soaring or a guy staggering. Her hair was cut short enough for the pixies to want to induct her into their fold. With a shy but winsome smile, she could have been quite attractive. Unfortunately, the smile showed up less often than the moon turning a hazy shade of azure and the rest of her attractiveness was usually well camouflaged behind the veneer of prickly defensiveness that came from a lifetime of being mocked and laughed at.

Perhaps she wouldn’t have turned out as such a loner— aloof, angry, and with a subtle aura of simmering violence surrounding her—had it not been for Alok. The cute debating champion, two years Natasha’s senior, who had broken through her defences when she was in the tenth standard. It had taken over a month, but at the end of it, when he smiled at her or winked, she blushed and grinned back. When he sat opposite her in the canteen and stole half her lunch, she felt elated. The last time anyone had eaten with her was way back in the third standard, when Shruti and she had been besties. But Shruti’s dad moved to Cochin and Natasha had been left with an aching void. For someone who’d hardly had a friend in the last eight-odd years, to suddenly have a cute guy shower so much attention and affection on her, Natasha was over the moon. And when Alok invited her as his date to his graduation party, it was a dream come true.

Only, too quickly, it became a nightmare. It was Alok who came up with the idea of pranking everyone at the party by showing up in just their underclothing and a cape. Natasha, eager to prove to her beau that she was as bindaas (a daredevil) as her reputation and worthy of him, was more than happy to oblige.

Unfortunately, it was she who was being pranked, she who ran from the party in tears, when a dapperly dressed Alok led the humiliation squad who laughed and jeered at her. It was she who spent the next month not able to look anyone in the eye in the corridor when she passed by, knowing they were passing around videos of her mortification, she who ended up now being called Nangi (naked) Nuts. And thanks to YouTube, it wasn’t just people in her college who would snigger when they recognised her from the clips.

Sure, she broke Alok’s nose the next day, but that wasn’t commensurate with his breaking of her heart and trust. And turning her into someone who just wouldn’t let anyone close to her ever again. At least that’s who she was at this point in the story—in her first year of college, yet denied the carefree, fun-filled life of a normal collegian. Cut off from the gifts of friendship and romance, blessings that everyone else her age took for granted, but that could not be hers.

Irrationally perhaps, but Natasha saw her name as the epitome of the fucked up state her life was in. And she hated it with all her heart. But even she would have never thought that this accursed name that had blighted her life, would one day also become the reason for the expedited end of said existence. Put simply, she would never have even dreamt that her name would become her death warrant.

But that’s exactly what happened . . .

This is an excerpt from the book Natasha Mehra Must Die by Anand Sivakumaran.
You can pre-order the book on Amazon  here. 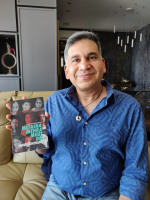