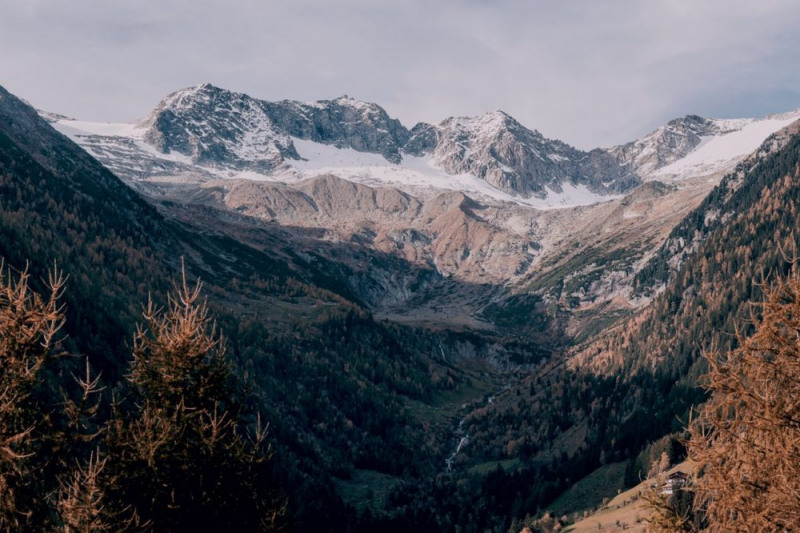 Am I still alive?

This write up is based upon Yoginderji’s personal narration to Dr. Shreeprasad Sidhaye.

A young boy from Uttar Pradesh, named Yoginder Singh Yadav,19, was serving in the 18th Grenadiers Battalion of the Indian Army. He had come on a leave to his hometown sometime around April 1999 for his marriage. The mood in his home was upbeat; preparations were going on in full swing.

One morning Yoginder went to his mother and told her that he had a very peculiar dream the other night. He saw himself in middle of a very intense war with Pakistan. Although she respected the Indian Army she asked him to ignore all these ‘soldier things’ for a while and concentrate on planning his future.

His mother’s good wishes still could not prove Yoginder’s premonition wrong. Young Yoginder, within days of his marriage, had to join his unit in Drass.

Yoginderji got involved with the arduous task at hand. His duty was to ferry supplies, ammunition, and rations to forward posts. Around the first week of July 1999, his unit had to recapture the famous Tiger Hill. Tiger Hill was regarded as the cachet of the Kargil conflict.

Yoginderji was among the first ten men to reach Tiger Hilltop, but their mission had just begun. They had to strengthen their hold. These men were fighting valiantly but they were getting badly outmaneuvered by the enemy.

He soon realized that he was the only surviving Indian at the top. He had severe injuries; bullets in a leg and an arm, and splinter injuries on his face.

Before he could think of anything else, he saw four Pakistani soldiers walking towards him. As the firing had stopped, they wanted to confirm if all the Indians were dead. Yoginderji lied down flat and quiet, pretending to be dead.

In a war, nobody uses any medical equipment to confirm whether an enemy soldier is dead. They shoot two or three bullets at him at a point-blank range. If the victim does not react, he is dead. They were using the same method here. When someone shoots a bullet into a body at such a close range, it singes the flesh; smoke comes out along with the odor of burnt flesh.

Yoginderji was watching all this. One body after the other, they were moving towards him. Finally, it was his turn. They shot two bullets; one in his already injured arm and another into his left breast. He did not want them to capture him alive so he silently bore all the pain. This convinced the Pakistanis that the entire Indian party was dead. To be sure, they snatched the rifles of all the Indians and then relaxed. They even started discussing their further plans of attacking the nearby Mushko valley.

Yoginderji, awaiting his death, thought like a soldier. He thought to himself that before he dies, he will inflict as much damage on the enemy as possible. He had one hand grenade. He took it out and tossed it in the middle of the four unsuspecting Pakistanis. They realized that something had fallen, but before they could find out the truth, the grenade went off, killing all four!

For the Pakistanis, all the Indians were dead. There wasn’t even a shadow of doubt in their heads about it. Despite that, when this happened, they panicked. They thought that Indian reinforcements had arrived. The remaining Pakistanis scurried towards safety.

With great difficulty, Yoginderji picked up a rifle from a dead Pakistani. He fired in the direction of the running Pakistani soldiers. At regular intervals, he changed his position and fired again. He wanted to maintain the facade that reinforcements had arrived.

He realized that this wouldn’t last long. They would soon know that there were no reinforcements and when they realized this, they would come again.

He was the only living person at that altitude of about 18,500 ft and a temperature of minus 30-degree Celcius. Emotions got the better of him and tears welled up in his eyes. At one point he began wondering why he hadn’t died despite being shot in the left breast. Isn’t that where the heart is located?

Out of sheer bewilderment, he touched his left breast and smiled. He had gotten his answer. He gained his confidence back. He had kept his wallet in his hip pocket before starting off for Tiger Hill. As they had to crawl through a rocky terrain, his hip pocket got torn. As a consequence, he had taken out his wallet from the torn hip pocket and put it in his breast pocket.

By sheer luck, three five rupee coins had arranged themselves on top of each other. These deflected the bullet and saved it from getting into the heart. (Remember how in the movie Deewar, Amitabh was saved by his ‘badge no 786’?)

This incidence boosted the morale of Yoginderji. He thought if, after all this, he was not dead, he was not destined to die that day. His renewed confidence helped him think better. He was sure that in that condition he could not fight for too long. He had to reach his base, inform his unit and thwart the enemy’s plan of attacking Mushko valley.

He decided to descend from the hilltop to the base. While coming up it had been a different story. He had nine other people with him and none of them were injured. They could climb with help of a rope. This time, he was all alone and badly injured.

He crawled down the mountainside and stopped after some distance. He had doubts about whether he was descending towards the Indian side or the Pakistani side.

He waited there, thinking when he believed he saw a bearded monk. The monk pointed along the path and said,’ Son, go along this way and you will reach.’

The monk then disappeared. Scientific people will never believe in miracles like these. This could have been a mere hallucination. Speaking on medical terms, he had many reasons to hallucinate; lack of oxygen being the first.

Yoginderji did not engage in a ‘science vs. Miracle’ debate. He only assured himself ‘after all this, he cannot die today,’ and continued his descent.

He realized that his injured arm was proving to be an obstacle in his movements. So he thought of pulling the arm away from his trunk and throwing it away so as to move with more ease. He tried, but when he could not succeed, he tucked the arm in his belt and carried on.

After crawling for some distance, he could see movements and voices of some people. He faced the same dilemma again; were these Indians or Pakistanis? Drawing on all his reserves, he called out loudly,

‘Sachin Sir, Balwan sir?’
‘Who, Yoginder?’ the reply was prompt.

He had managed to reach the base of his battalion. His colleagues rustled up whatever medical aid they could manage in those conditions. They put him on a stretcher, started a drip and began their descent towards the helipad.

Yoginderji was bordering on unconsciousness. He repeatedly said only one thing: ‘They’re going to attack Mushko next; send reinforcements.’ Then he fell unconscious.

Yoginderji opened his eyes. He could see that almost every inch of his body was bandaged. Innumerable tubes were running in and out of his body. Many bottles were hanging around him. There was the monotonous beeping of a machine and a person in an Army uniform was beside him.

Yoginderji asked, ‘Brother, am I still alive?’
‘Yoginder, you are alright now, this is the 92 base hospital in Srinagar.’
‘Srinagar? Wasn’t I near Tiger Hill?’
‘Yes, you were injured terribly, so we had to get you here by the helicopter.’

Despite such grievous injuries, Yoginder Singh Yadav survived. On 26th January 2000, he walked up to the Hon. Rashtrapati to receive the Param Veer Chakra with pride.

One must say that the Army Medical Corps is no less than the soldiers when it comes to dedication, competence, and fighting spirit. 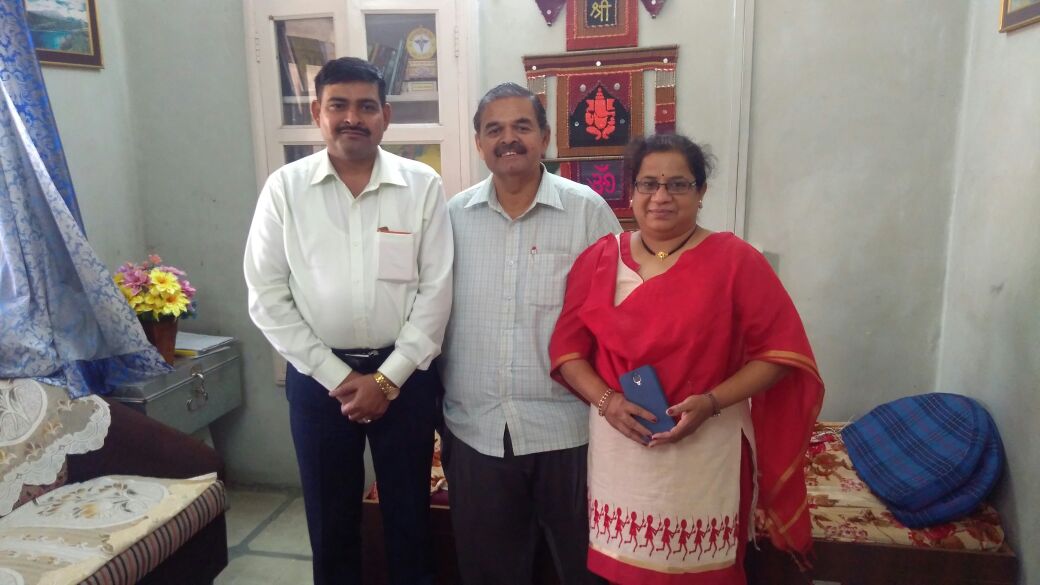 I asked Yoginder Singh Yadav a question, which must have been asked to him very frequently: “Did he still have those 5 rupee coins since they would be a very precious souvenir?”

His answer was very practical and down to Earth. He replied that those coins had attained the status of a souvenir now after his survival and decoration with the highest honor in the country. Firstly, while he was being evacuated, nobody knew about these coins! Secondly, his medical condition was terrible; “alive till officially declared dead”!

So nobody had the time or any reason to collect souvenirs since they wanted to send him to the hospital as soon as possible. He is not in possession of any article used in the battle.

Yoginder Singh Yadav is the youngest Param Veer Chakra recipient in the Military History of India! He received it on 4 July 1999, that is 19 years ago, today!