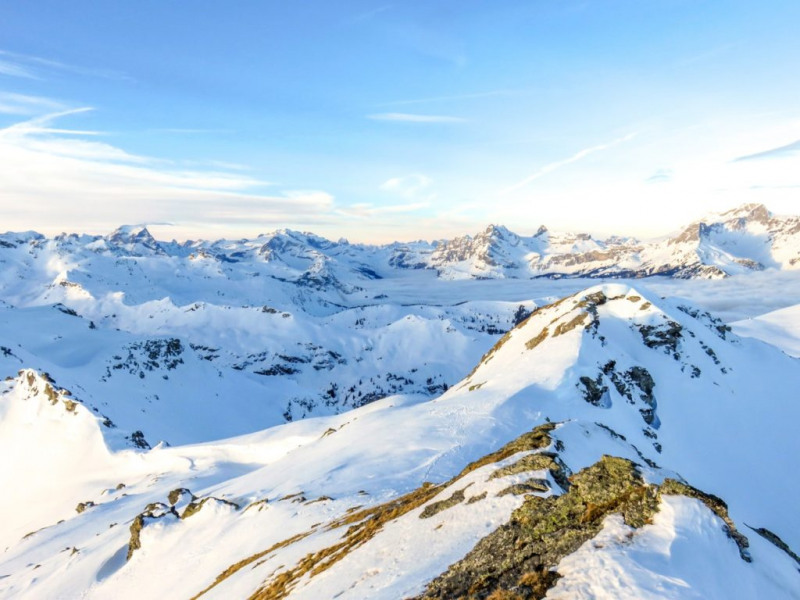 The Icy Winds of Victory

Col (now retd.) Lalit Rai was commanding the  1/11 Gorkha Battalion during the Kargil conflict of 1999 and was posted in the Batalik sector. The enemy had occupied the commanding peaks. They also had a clear head start of a few months and hence had acquired a very strong position. Despite many attempts, the unit could not make any inroads into the captured territories.

After obtaining more information and studying the situation carefully, Lalitji came to the conclusion that the Khalubar hilltop was the most important feature of the battlefield. It was the bridge between India and the enemy. Hence, if the Indians recaptured this position, the enemy wouldn’t be able to sustain their presence in the Batalik region.

It was indeed easier said than done because the enemy was aware of this strategic importance that Khalubar possessed. As a result, it was very well fortified. In such a scenario, Lalitji volunteered to attack Khalubar and also lead the mission himself.

The Battalion had decided to climb the hill at night as it was impossible to do it during the daytime. The enemy’s location was advantageous. So advantageous that if our soldiers attempted the climb during daylight, the enemy would’ve massacred them like target practice.

The unit reached the base of the hill by dusk of 3rd July 1999 and started climbing the Khalubar ridgeline. In a while, the firing from the enemy began and within minutes, it intensified. Lalitji had slung a pair of binoculars around his neck. A bullet fired in his direction smashed into the binocular, missing Lalitji by a mere 2 inches.

Lalitji heard a loud thud in his vicinity. When he turned around to see what had happened, he found his radio operator shot dead. The radio set being a very critical equipment, he took it over and started moving upwards, inch by inch.

When they were about 500 meters short of the objective, the firing intensified even further. It virtually became a curtain of bullets. At this point, he realized that it was coming from two places; the top and from a bunker area that was some meters away from it. Deputing Cap Manoj Pandey and 30 soldiers to silence the bunker area, he decided to move towards the hilltop. He fought his way up with rifles and the traditional weapon of the Gorkhas, the famed and feared Kukri. He managed to reach the top just before the first light. (The kukri or khukuri is a Nepalese knife with an inwardly curved blade, similar to a machete, used as both a tool and a weapon.)

That was not the end but a beginning of a new set of troubles for him. It is a universally accepted military principle that if you lose a post, launch a counterattack before the enemy settles. Lalitji, who had managed to reach the top with only 8 men knew this and he prepared for a counterattack by the Pakistanis. They were on the hilltop and the enemy could attack from anywhere, so he spread his men in all possible directions.

The counter-attack from the Pakistanis began as expected. As the firing was going on, Lalitji kept on getting a call on his radio set. As he was busy fighting, he neglected the call. When the firing stopped, then he found time for the caller. The call was from an Indian Army officer who was in close vicinity of Khalubar. He wanted to inform Lalitji about the source of the attack. He said there was no need for the soldiers to spread around. Instead, they could be concentrated on one side of the hilltop.

From then onwards, that officer became the eyes and ears of Lalitji. Every time a new attack began, he would inform Lalitji about its direction and Lalitji would depute his men and invariably beat them back. This cycle of a lull in firing and counterattacks went on for an entire 72 hours.

At this point, Lalitji decided to take stock of the situation. He had lost one soldier. Their food and water were over 48 hours ago. Their biggest problem though was the ammunition. Stocktaking revealed that the ammunition also was almost over.

He ordered his troops to stop firing when each of them was left with only 2 bullets. One for the nearest enemy and one for themselves. The 8 men at the top of Khalubar, in temperatures around -30 degres centigrade and an altitude of almost 16,500 ft were determined to not let themselves be captured alive by the enemy.

Lalitji’s radio set came alive once more. His worst fears were confirmed. It was the same officer telling Lalitji that 40 Pakistani soldiers were advancing towards them from a particular direction.

He was there to win the war. After all the hard work there was no way he could see all their efforts go down the drain. There had to be some way to overcome the situation.

He rang the officer from the radio.
‘Is there any Indian artillery around?’
‘Yes, Sir.’
‘Okay, then connect me to them.’

He was promptly connected to the artillery officer.
‘Can you see me? Do you know where I am?’ asked Lalitji

‘Sir, I am observing your fight for the last 3 days. I can definitely see you. I also have your 6 digit grid reference (exact location),’ replied the artillery.
‘Okay, how many guns do you have? And ammunition?’
’18 Bofors Sir, and also ammunition in a good quantity.’
‘Okay, you know my location, so fire all guns, six shells each, all around me in rapid succession. Spare the hilltop as we are located there.’

The artillery Officer was aghast.
‘Sir, are you sure? This is crazy. Terribly dangerous for you, almost suicidal!’
Lalitji shouted back, ‘I have no time to argue with you, this is my only chance!’
Interrupting Lalitji the artillery Officer calmly said, ‘Sir, fire kar diya.‘
(Sir, we fired the shots).


Lalitji knew that they had less than a minute to take shelter before the Bofors shook the hill. He shouted frantically at his men to take cover wherever they could find a place.

In a few seconds, a faint whistle was heard. It went on becoming shriller by the second and in no time, 108 shells thudded into Khalubar blowing every Pakistani to bits.

Khalubar was saved and the enemy was routed from the Batalik sector. Despite the ferocious firing from the artillery, not a single Indian soldier located at the top was hurt.

Col Lalit Rai was decorated with the Veer Chakra and his Officer and Cap Manoj Pandey; the officer who went further to silence the bunker area was decorated posthumously with India’s highest Military decoration, the Param Veer Chakra.

The write up is based on Col Lalit Rai’s personal narration to me. The military literature on the Kargil conflict recognizes four individual battles as the most fiercely fought. They are Tololing, Point 4875, Tiger Hill and Khalubar!