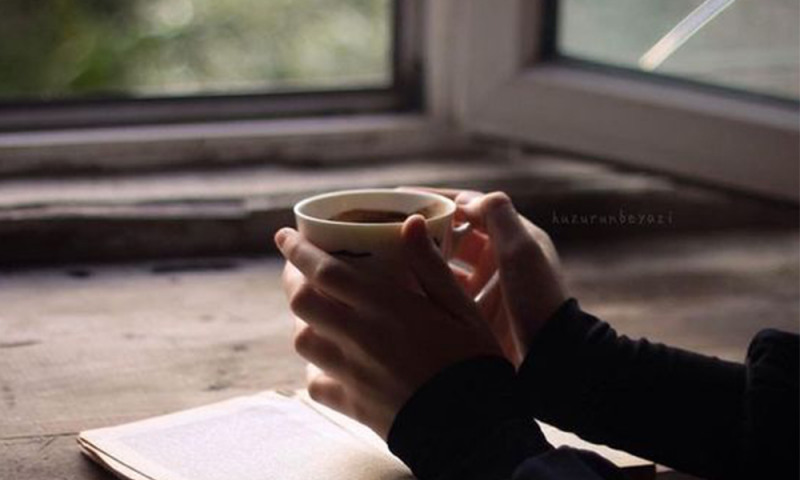 A Cup of Tea

It was 5pm and the alarm on the phone went off. For the first time ever, it was silenced without being snoozed. How could she think of stealing a few more minutes of sleep while her heart trembled with fear? Her mind was saturated with mugged up chapters. She knew tomorrow’s exam was definitely not her cup of tea.

She hurriedly tied up a messy bun and looked at her reflection in the mirror. There was a faint smile on her face. You’ve got to do this, girl! The two hours of the afternoon nap had refreshed her to an extent. Yet her mind knew very well what it longed for.

The boiling pot of water clanked against the stove, signaling that it was ready. She poured a spoonful of tea leaves into the water and added a hint of cardamom. The air was filled with a tantalizing aroma as the tea boiled further. She enjoyed every bit of this. The amount of the milk and the sugar had been experimented with enough times for her to know the perfect combination. She felt like an alchemist, brewing a potion she’d mastered.

Coffee was famous in her friend circle for relieving stress. They all went down together to the nearest coffee vendor during exam times. She never had any. ‘Coffee is just not my cup of tea,’ she used to say.

This tea was something she could boast about confidently in front of all her relatives. Even the nosy ones, who were concerned about only two things in her life: where her career was going and what she could make in the kitchen.
Oh, that’s all you know? When I was your age, I used to cook for my entire family and take care of everyone.

Her tea was above all this. Everyone liked her tea and even praised her wholeheartedly for it. And why not? It was indeed special. She boiled it longer to infuse the flavor better. That made it kadak (strong). Turning off the gas, she got the strainer and poured herself a cup. There it was. She was already feeling better.

With the cup in her hand, she took her earphones and her book and walked straight to her balcony. As the music soared and the aroma of tea engulfed her, she felt like she was on top of the world. With every sip she took, her tension was going away. She was ready. No chapter looked tough anymore. She could do it!
She looked at her book and started studying.

The cup of tea had worked its charm.