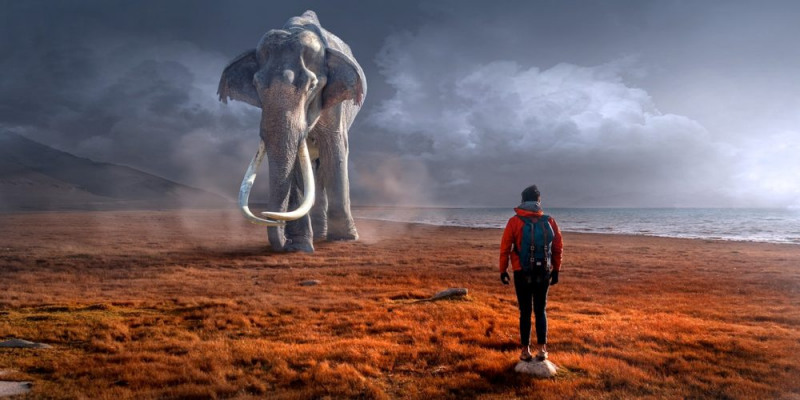 Creative writing mistakes and how to avoid them

Creative writing is one of the most rewarding forms of literature, both for the writer and the reader. To paint new worlds, exciting characters and immerse readers in your story for minutes, hours or even days is a writer’s dream. Pleasant as it may seem, it’s not always easy to write a good story.

In fact, most writers end up making common mistakes that dull the essence of the story or go too far to prove a point that could have been stated simply. Here are some creative writing mistakes and ways to avoid them:

Diving into the backstory

When you start your story, it’s important to start just before or just after the inciting incident.

The inciting incident is the trigger that sets your protagonist on their journey.

Most Dan Brown novels are prime examples of starting after the inciting incident. He puts his protagonists into thrilling and potentially fatal situations within the first 20 pages of the book. The backstory is built up later.

You shouldn’t dump your backstory in the first 40 pages of the book. Very few writers get away with it.

You can, instead, sprinkle it throughout. Professor Snape from the Harry Potter books is one of the best examples of a character’s ‘sprinkled’ backstory.

The setting is both the time and geographic location _ within a narrative or within a work of fiction. A literary element, the setting helps initiate the main backdrop and mood for a story.[1]

Don’t confuse the setting with the backstory. The setting is what your reader needs to understand immediately. The backstory is what the reader can potentially figure out while you drop hints and provide the occasional flashback.

Also, don’t bore your readers with monotonous descriptions of buildings or parks or other elements of your setting, unless it forms a core part of your story. Leave something to the imagination too!

It is critical that you don’t leave threads open in your story or it could come off as a big plot hole.

As a writer, you will build a rapport and a trust with your readers as they progress through your book. It is your job to ensure that you hold up your side of the deal, especially if you invoke elements of intrigue and mystery in your story.

Being inconsistent with fantasy

Developing fantasy worlds is an amazing exercise in creativity. However, if you want to be believable, you have to be consistent and disciplined. Using a “fantasy” ploy to solve a plot hole and get your heroes out of trouble makes for poor writing.

The reader should be aware of the rules of your fantasy world. It’s when you connect these rules to create something unimaginable is when it gets really interesting.

Wouldn’t it be nice to just bring in the perfect advisor who gives your protagonist all the answers she could get?

That is very convenient and very boring. If solving plot holes was as simple as introducing characters who knew all the answers, everyone would be writing bestsellers by now.

Your characters have to deal with their own problems, just the way you do. There are very few instances where you should be using ‘the wise character’ card to get anything done.

Adding characters for no particular reason

During an interview, Charles Yallowitz told me about his first draft of the Legends of Windemere. He’d mentioned his protagonist’s dog early on but forgotten it later in the book. He only realized his mistake after a friend asked him, ‘What happened to the dog?’

Why did Charles forget to put in the dog? Because the dog didn’t have a purpose later in the story. Sure, it seemed important, but later on, there wasn’t a situation in which Luke (the protagonist) would have needed him.

Identify the ‘dogs’ in your story and either remove them entirely or give them a purpose.

You can check out Charles’s work here: Legends of Windemere.
Yes, he did fix the character flaws. That was just his initial draft!

Not focusing on the relationship between characters

Empathy is a difficult skill to imbibe, but if you are a writer, you have to wrap your head around it. This is especially true when you are writing dialogues.

You should read aloud conversations to voice the character’s thoughts, opinions and words and actually imagine them saying it.

Does it sound okay for a kid to say, ‘She closed her eyes for one last time’? to another kid of the same age?
Maybe.

But under most circumstances, it’s too mature, too empathetic and too abstract for two 6-year-olds to grasp. The relationships between people drive the events of your story forward. Try this exercise to get a feel for what I am saying:

Imagine a 6-year old is stuck in an elevator with an adult. What conversation would they have? Now vary their ages. What if it’s an old man and an adult? What if it’s two old people? You get the idea. Do post your work in the comments!

Killing off characters for dramatic effect

It’s the latter question that haunts readers. It’s what makes them hate you as a person and love you as a writer – because you could weave someone so beautiful and kill them off when they really should have been alive.

You’ve written the most amazing series of events. You’ve driven people mad thinking about how this could possibly have a solution or how it could end. They’re waiting, expectant, almost breathless for what comes next.

And then you disappoint. One of your central characters is a ghost, or your story is a never-ending loop, which means you’ve left plot holes open. Ultimately, you oversold your climax and your readers will hate you for it.

It’s easy to continue adding problems and obstacles, but you should be able to solve them in a logical, believable way.

So, there you go! These are some of the biggest creative story writing mistakes that writers make. They’re not difficult to identify. It really is annoying when somebody writes a story that has one of these mistakes.