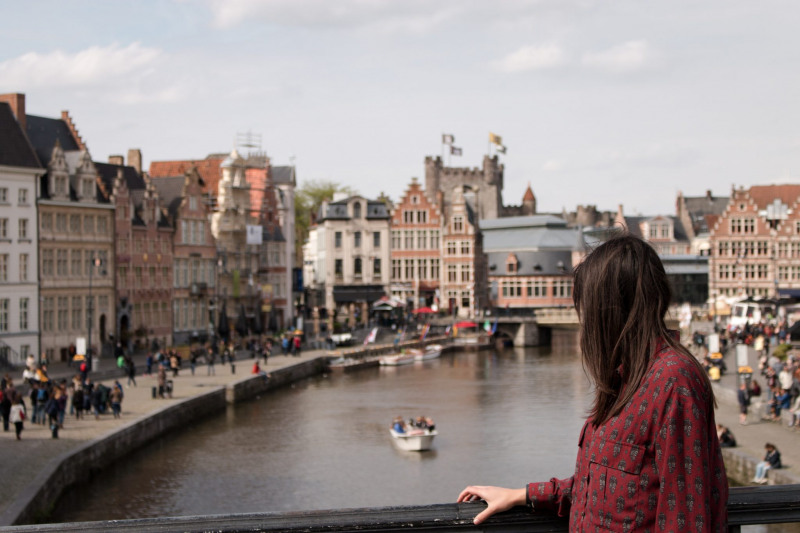 A Tale Of Some Cities


Every city has a sex and an age which have nothing to do with demography. Rome is feminine. So is Odessa. London is a teenager, an urchin, and this hasn’t changed since the times of Dickens. Paris, I believe, is a man in his twenties in love with an older woman.

Pune is an old grandpa; the one who always has an anecdote to share. Despite his old age, however, he is a far cry from being senile. At this age, he is neither counting his blessings nor his wrinkles. His children left him alone to pursue their education abroad and unlike boomerangs, they never came back.

It’s been a while since he’s returned to his abode, full of void and emptiness. And to fill this void, he walks aimlessly and endlessly down the narrow streets. It is here that he watches carefully, the exuberance of the young and joins them. This is his home now, and I doubt he will ever return to his dotage.

Berlin is a woman in her late forties. She is a feminist. Most men and even some women are rather baffled at her choice and have asked her all sorts of questions. ‘Why? Why a feminist? Why not an egalitarian? After all, all people are equal and deserve equal rights and opportunities.’

‘Oh, the irony!’ she whispers to herself and manages to smile; a smile composed of one part surprise and one part contempt. For those who failed to look beyond that smile don’t know, that for too long, some brutally powerful men have reigned over her, taken some cruel decisions for her, built walls around her, scared her and have broken her into tiny pieces that might seem like confetti to some. They have broken her name, her body, her family, and her voice.

However, it has not been lost upon her that a woman is not born, a woman is made. So she starts collecting the scattered tiny pieces one by one, hoping to complete the jigsaw puzzle. This, however, hasn’t been easy and every time she is closer to finishing the puzzle, it is scattered again by men and women alike.

Even after all this, today, while walking on the street, when she sees Samira with her head covered in a hijab and her hands on the steering wheel, driving to her own destiny, miles away from where she grew up, Berlin smiles. This time, however, there is neither surprise nor contempt.

Jaipur is a newly married bride and perhaps you can still see her bridal glow and the fading color of her henna-clad hands. She married young, without ever falling in love. So far she has kept everyone around her happy; her parents by marrying into a rich aristocratic family,  her in-laws by going to the temple at dawn, singing their favorite hymns, cooking their favorite vegetarian meals and all of this while still managing to keep her face under the veil of her sari.

All she had to do to make her husband happy was to spread her legs wide enough for him to do his job and reciprocate with a couple of moans after periodic intervals. After only two weeks of her marriage, she has learned her mother-in-law’s favorite recipes, and has accustomed herself to prepare two cups of chai; one for the family and the other one with no sugar, for her diabetic father-in-law. She also calls the neighboring 4-year kid by his pet-name and knows her way around the narrow lanes of the bazaars.

On a dry, windy summer afternoon, while she was shopping groceries for the evening supper, in the middle of the narrow crowded bazaar, she found herself listening to a stranger, muttering something in English. Her first guess was that perhaps he was asking for directions. But he was unlike anybody she’d ever seen before. The first thing she noticed were his lips; perfectly lined, thinly defined, and generously pink. His skin, milky white, slowly turning red. His eyes reflecting the images of so many places she’d only seen on the globe. They were so inviting, that she thought she’d get lost in them, but she actually found herself in them.

She helped him. He smiled. He thanked her. He said that she was the most beautiful woman he’d ever seen. He took out his camera. He asked her to smile. She smiled, and when she did, she turned pink.

For her, love is perhaps inevitable and of course pink! 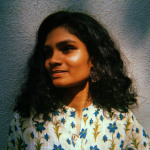 Sing me a lyric from my favourite song or tell me a quote from my favourite book. We will dance, even if it rains heavily. Or better we will talk, about an atom or the number of galaxies you think there are, and everything in between. We will talk about the cities, some mine, some yours and some undiscovered, those that lie within us.