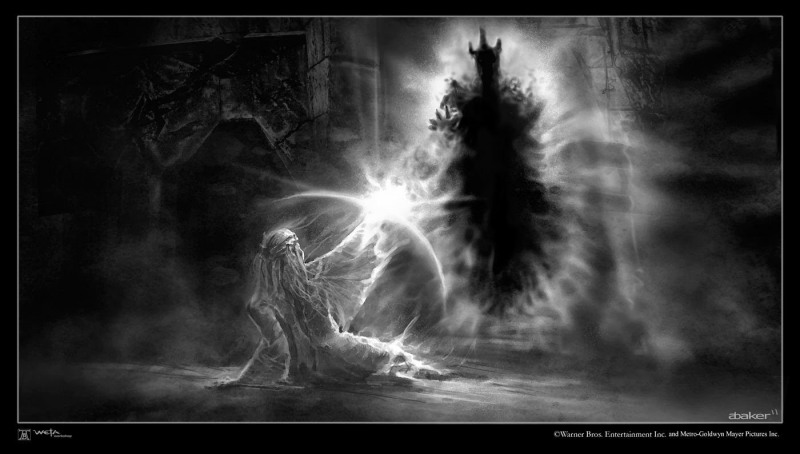 A Monster Under the Bed

Charlie’s shoulders slumped curving his back. His arms swung side to side as his body slumped more and more. He opened his eyes enough to see the orb. A flare slowly stretched forward. The warmth pressed against the boy’s forehead. The muscles of his legs relaxed. Charlie collapsed to the cold stone under him.

The blue orb separated into three dark figures with dark blue flames dancing off their shadow bodies. They surrounded the boy who was unconscious on the ground.

“Rise,” the figures said in unison. Their voices were deep, unfamilar, and echoed through the empty space.

Charlie blinked. He sucked in his stomach away from the cold rock. He pushed himself up. The shadows looked down on him while he stretched his chin to see where their faces would be. His stomach twisted like gears in a clock. Charlie’s mouth watered, and beads of sweat dotted across his head. He squeezed his eyes shut and breathed through his nose.

He shook his head violently.

Charlie squinted one eye open. The figure in front of him turned the boy’s vision black.

Charlie was in the jungle where he met princess when he saw his sister by a waterfall. He ran up to her hesitant with the felines beside her. April looked to Charlie with a stone face. The roots of her right eye extended into the whites of her eyes. Parts of her skin from her right eye pathed to her left leg transformed to green bark. Charlie reached for her, but she turned and walked through the waterfall.

Charlie looked to his right. The shadow turned his eyes blind.

Charlie was in the hollow log bed Queen had provided him. Queen was talking to the white bear that friended Boki.

“He can’t leave this tree, do you understand?” Queen told the bear.

“No matter what he says; he will be better up here where he can be protected and taken care of.”

Charlie looked down to a countertop in front of him. A plate was placed. Macaroni and cheese was on the plate. The cheesy scent filled his nostrils. He ate the macaroni. The creamy cheese spread across his tongue. It was thick and flavorless. The cheese had coated across the back of his throat. He coughed. It was barely a cough, but he quickly was gasping for air. The cheese created webs layering across his cheeks. The scent burned in his nose causing blood to gush.

“Honey?” Charlie’s mom turned around. In her right eye, roots extended into the whites of her eyes. Parts of her skin from her right eye lead across to the left side of her face transforming to green bark and a horn grew from atop her head. “Isn’t the mac and cheese just great? It’s to die for.”

His lungs begged for air. Her face twirled in front of his sight; she twisted from his mother to Queen. Their faces merged, and his sight was gone.

The witch’s face was stuck behind his lid, and she slowly morphed into Queen. Charlie forced his eyes open. His heart pounded against his chest, and he broke out in a sweat.

Charlie looked up to see the shadows were silently watching him. They did not move.

Queen. She helped him, protected him, and loved him. She was home. Her love had slipped through his fingers. “Witch,” he muttered.

“They are one and the same,” a dark figure said.

“The truth will always find the surface.”

Trust is a lie!

“The worlds have collided,” the figure looked above where the rocks curved over them. Rocks fell around them while the world shuddered.

She has always been.

He climbed the steps chasing the speck as the debris fell around.

They are the same.

The roots of the trees separated slowly only leaving enough space for Charlie to breathe in and pinched himself between the roots.

She’s been watching you.

His ankle throbbed with every step he clambered up.

The worlds have collided.

He walked slowly finding the next stone. The twisted rocks that intrigued him were separated by the quake. Charlie rushed through the opening.

Gray skies hovered over the boy dropping rain to his bare skin and clinging his clothes to his skin. His hair matted onto his forehead. A few trees had fallen, and rocks rolled from the mountains and bordered the boy. A deep cry rang in Charlie’s ears. He ran towards the cry. He ran to the tree.

“Charlie!” a voice called out.
“Boki!” Charlie called out.
The creature cried in reply. Boki ran through the trees with Queen not far behind. Charlie stopped. He turned to the nearest upright tree and climbed.
“No Charlie!” Queen yelled.

The leaves of the tree swayed. The branches rattled. Charlie grasped at the body of the tree. Boki pushed his legs deeper into the soil and sprang forward. Charlie let go of the tree and fell on to the beast with the tree grazing his tail.

“Go!” Charlie demanded. He looked back at the queen stopped by the fallen tree. “She’s the witch.”

I’m writing my first novel. I have been writing since elementary school and have not taken a break. My favorite genre to write is fantasy, and I to bring a bit of fantasy with every story I tell.